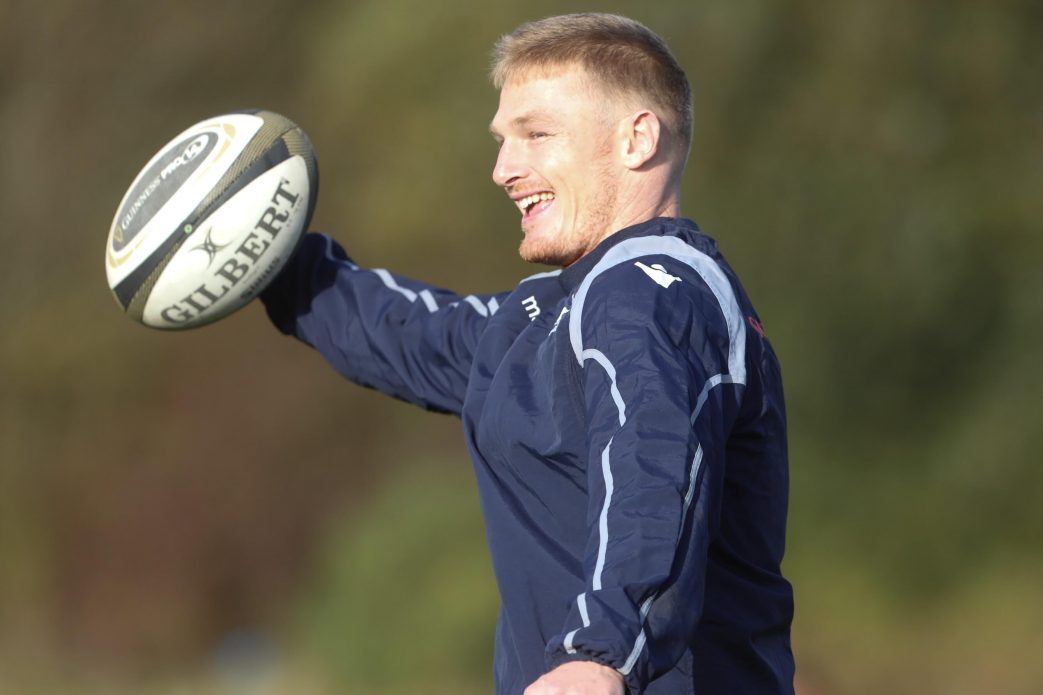 Johnny McNicholl returns from injury as the Scarlets continue their Guinness PRO14 challenge against Edinburgh at Parc y Scarlets on Sunday (6.45pm ko).

McNicholl damaged his ankle in the European Challenge Cup quarter-final defeat in Toulon last month, but has recovered to take his place in a Scarlets side showing five personnel changes from the hard-earned win over Benetton last weekend.

The Wales international slots in at full-back in a back three that also contains Tyler Morgan — who switches from centre — and Steff Evans.

In the front row, Taylor Davies comes in for the injured Marc Jones at hooker, while there is an all-new second-row pairing of Josh Helps and Morgan Jones.

Helps has recovered from a rib issue to make his first PRO14 appearance of the campaign, while Jones will make his first start in the competition after having his red card from the Benetton game rescinded. Jones replaces Tex Ratuva who is on international duty with Fiji.

There is also a reshuffle in the back row.

In the absence of Blade Thomson, who features for Scotland against Wales on Saturday afternoon, Sione Kalamafoni returns to his favoured No. 8 spot and Uzair Cassiem shifts across to blindside flanker.

There are three changes among the replacements. Forwards Dom Booth and Jac Price, both members of the Wales U20s side last season, could make their first PRO14 appearances if they come off the bench, while Tom Prydie is included for the first time in the competition this season. Prydie’s last PRO14 appearance for the Scarlets was in January 2019.

Scarlets head coach Glenn Delaney said: “The boys have been full of energy this week after the win over Benetton and looking forward to this game against Edinburgh.

“Edinburgh are formidable opponents and managed to get a win here last season in terrible conditions. They’re gritty, they’re tough, and they’ll be smarting (from a home defeat) against Connacht.”