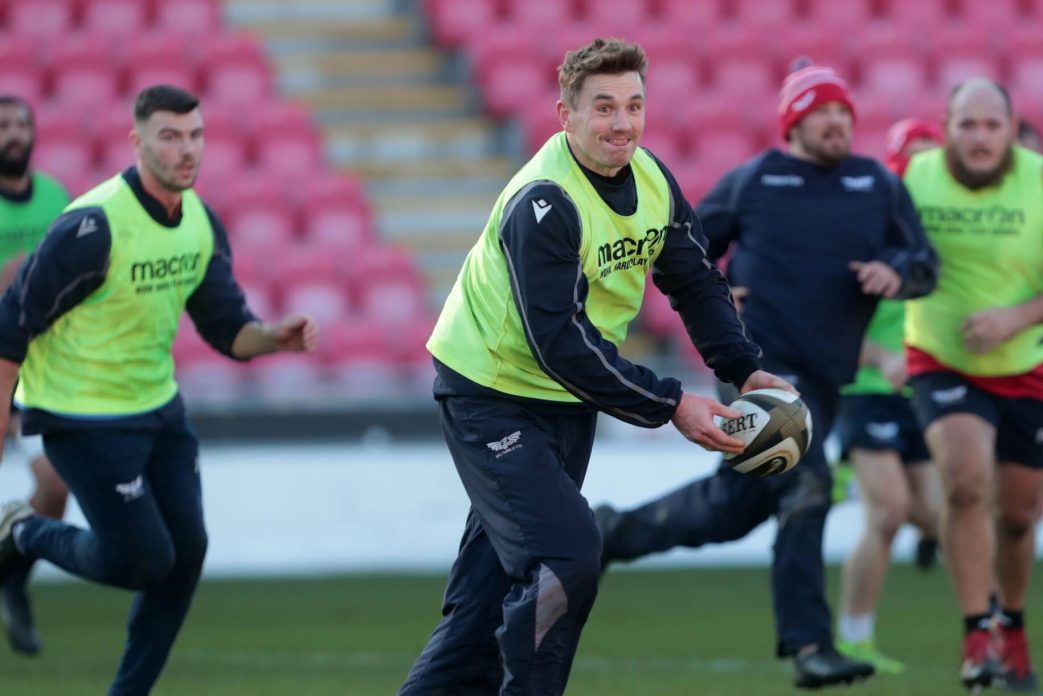 Jonathan Davies is hoping to lead the Scarlets to a Welsh clean sweep as they head into Saturday’s Guinness PRO14 clash with Cardiff Blues.

Ospreys and Dragons have been beaten at Parc y Scarlets in recent weeks and Davies will captain a team aiming to make it a hat-trick of derby victories at the Cardiff City Stadium.

“It has been a good few weeks.  We are pretty confident here at the moment, are in a good place and enjoying our rugby,” said the Wales and Lions centre.

“Coming into training here is always a lot of fun, the environment is great. We have prepared well this week and are looking forward to finishing this period of PRO14 games with three wins from three.”

Davies has featured in two of the last three matches for the Scarlets since returning from a long-term knee injury and was due to start against Toulon only for the Champions Cup tie to be cancelled.

“As a player, you want to play as much as you can,” he added.

“When you have a long period away from the game, you cherish your time on the field even more.

“But you have to make sure that you look after your body. Essentially, it’s your asset and the coaches here really look after the boys.”

On the challenge of a Cardiff Blues side that has seen a change of coaching personnel this week, Davies added: “The Blues pose threats all over the park. They are all comfortable on the ball, they have good poachers and their half-backs are dangerous players who control the tempo of the game. It is important we don’t give them a chance to find their feet and take the game by the scruff of the neck.

“It is a challenge, but an exciting challenge, the boys are looking forward to playing on what should be a fast track, it is going to be a good game I am sure.

“We’re looking at finishing the derbies well and kicking on in Europe because we’re in a good position.”

“Johnny has been excellent. He’s got a huge amount of confidence, he’s very strong with the ball and has a great offloading game,” he added.

“What’s great about him is that he’s willing to work. He works extremely hard on his individual skills.

“He wants to improve, he wants to play at the highest level. Credit to him, he’s been excellent since he’s come into the Scarlets and I think that’s shown in his performances leading up to the autumn and before he picked up that knock.

“He was growing in confidence and stature. Hopefully now, with the Scarlets, we can get a partnership going because we haven’t played much together.

“He’s worked hard to get back fit and I’m sure he’s champing at the bit to get out there on Saturday.”