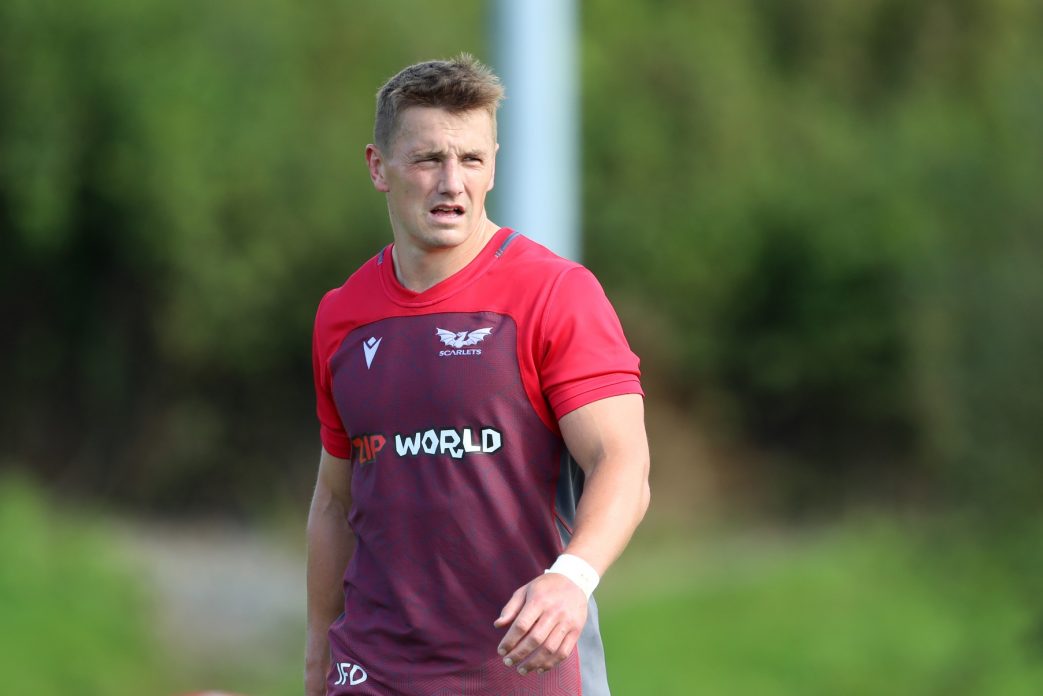 Jonathan Davies will lead out a starting line-up containing 12 internationals as Scarlets begin their United Rugby Championship campaign against Edinburgh at the new Edinburgh Rugby Stadium on Saturday (17:15).

Davies was this week announced as captain for the 2021-22 season, taking over the reins from fellow British & Irish Lion Ken Owens.

The 97-cap Test centre will reunite with Scott Williams in the Scarlets midfield — the pair having been a key part of the Scarlets 2017 PRO12 title success.

Johnny McNicholl will wear the No. 15 jersey in the Scottish capital, with Ryan Conbeer — the scorer of four tries in pre-season — getting the nod on the right wing and Steff Evans on the left. Dan Jones starts at fly-half with Kieran Hardy at nine.

Scarlets field an all-international front row of Rob Evans, Ryan Elias and Samson Lee, while Aaron Shingler is again named in the second row alongside the fit-again Sam Lousi, who missed both pre-season wins over Nottingham and Leicester Tigers.

Scotland international Blade Thomson combines with Dan Davis and Sione Kalamafoni in the same back row that took the field against Tigers.

Marc Jones, Phil Price and WillGriff John — who is set for his debut in the competition — provide front-row cover, with Tom Price and Tom Phillips making up the forward replacements. Dane Blacker, Sam Costelow and Ioan Nicholas complete the bench.

Among those sitting out the match is Corey Baldwin, who is set for a spell on the sidelines as he recovers from a foot injury picked up against Nottingham.

Scarlets head coach Dwayne Peel: “Everyone has worked really hard in pre-season and there is a real excitement in the group about looking forward to a competitive fixture. It has been a long nine weeks or so and after all the hard work, the boys are excited to see where we are at.”