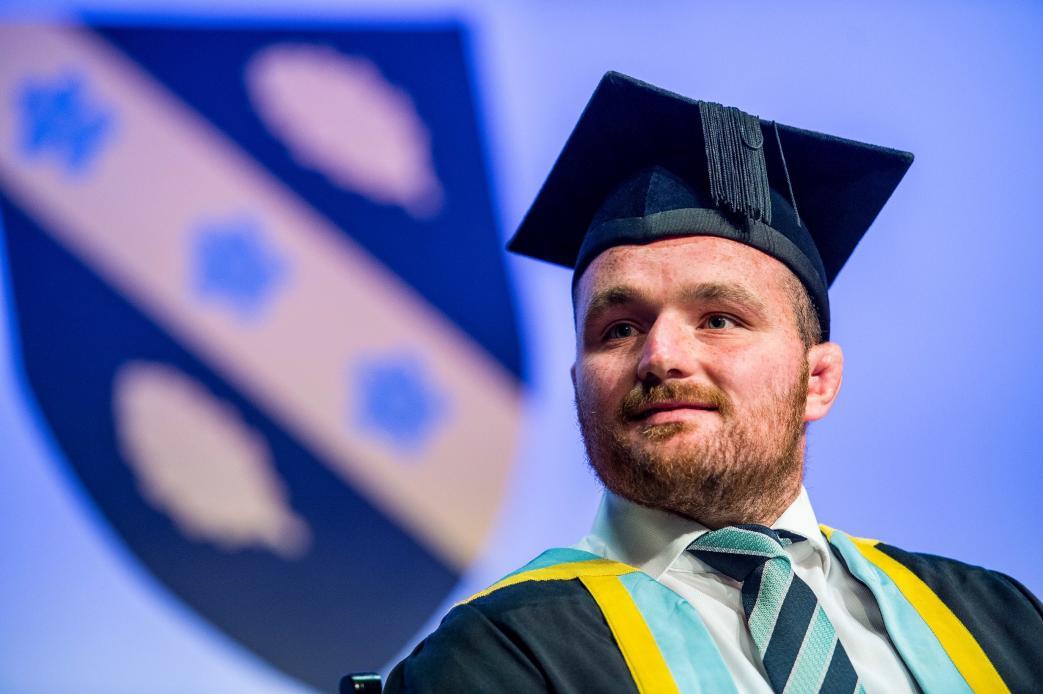 The Wales hooker follows in the footsteps of Scarlets greats Delme Thomas, Ray Gravell, Phil Bennett and Roy Bergiers in being honoured by his home-town campus in Carmarthen.

Ken attended Ysgol Gyfun Gymraeg Bro Myrddin and started his rugby career at Carmarthen Athletic RFC before moving to UWIC where he began his university studies in 2005. He made his Scarlets debut a year later and has gone to enjoy an illustrious career that has seen him win 64 caps for Wales, play in two World Cups and two Tests for the British and Irish Lions.

Ken donned the customary cap and gown to attend the ceremony before flying out with the Wales squad for a training camp in Switzerland.

He said: “I grew up less than a 100 metres from the University and it has played a huge part in my life growing up.

“I had the opportunity to study here for a short period until rugby commitments changed my focus.  To receive this award is a huge honour and to see the people who’ve received it in years gone by just shows how important and how much of a privilege it really is.”

He said: “During my 27 years at this University it has been a great privilege and honour for me to present as honorary fellows many notable sporting legends who have represented our country at the highest level. Barry John, a former student of this campus, the late Ray Gravell, Phil Bennett, also Gerald Davies, Delme Thomas and Roy Bergiers who are with us here today.

“However, unlike all of the former recipients of honorary fellows, today I present to you a craftsman who is still plying his trade, still a professional athlete, who is currently preparing for his third rugby world cup with the Welsh squad.”