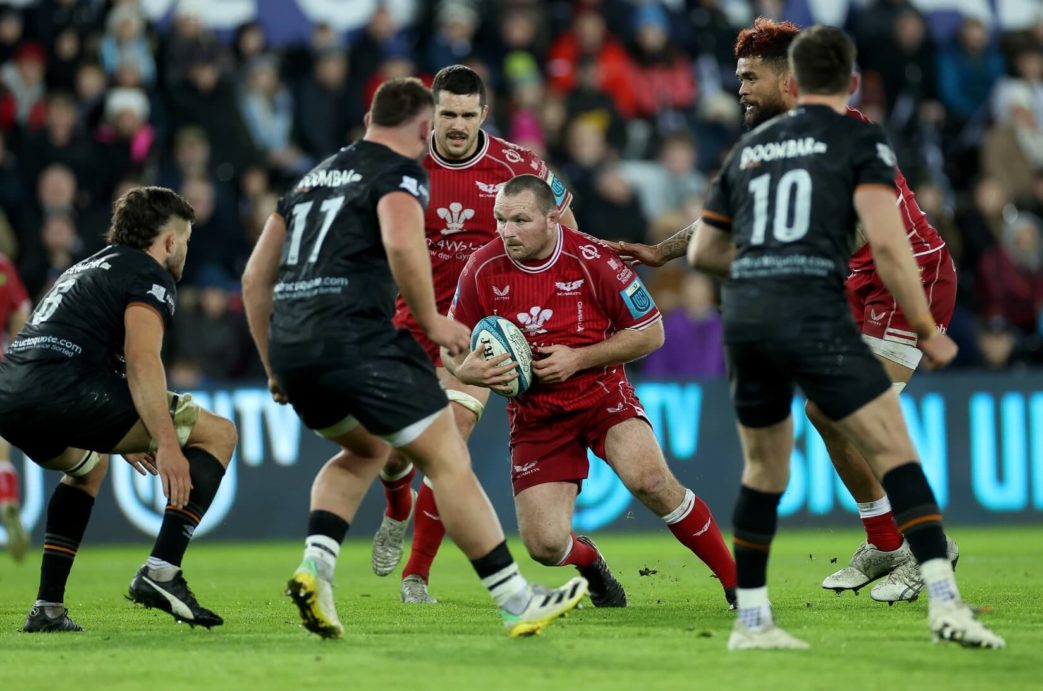 Owens comes into the side as one of six personnel changes to the team originally selected for last weekend’s Boxing Day match in Swansea.

Leigh Halfpenny is named at full-back, Johnny McNicholl moves across to the right wing and Steff Evans switches to the left wing in place of Ryan Conbeer, who has been ill this week.

There is a new centre pairing of 22-year-old Joe Roberts – who made his comeback from a knee injury for Llanelli RFC last weekend – and the experienced Scott Williams.

Rhys Patchell is handed the No. 10 jersey in place of Sam Costelow who is going through the return-to-play protocols following a blow to the head against the Ospreys. Patchell partners scrum-half Dane Blacker, who is poised to make his 50th Scarlets appearance on Sunday.

Up front, Owens slots in between Kemsley Mathias and WillGriff John in the front row. Sam Lousi is back at second row after missing the Ospreys defeat for the birth of his second child. Lousi will also reach the 50-game milestone.

With Josh Macleod ruled out with a knee injury and Tomás Lezana suspended following his red card against the Ospreys, Dan Davis comes in at openside flanker.

Wales international tight-head Sam Wainwright is set to make his Scarlets debut following his arrival from Saracens earlier this month. The 24-year-old is one of a number of changes on the bench with Shaun Evans, Morgan Jones and Dan Jones coming into the match-day 23.

Scarlets head coach Dwayne Peel said: “It is obviously another important game at home. We have a few bumps so there has been a bit of rotation, but that means opportunities for some of our younger players. The Dragons have played some good rugby this season. They were very combative against Cardiff and they will want to come down and get stuck into us physically. We understand that and will be ready for that, but they are a side who also want to move the ball, they have pace in those outside channels. It should be a cracking game.”

Unavailable because of injury & suspension