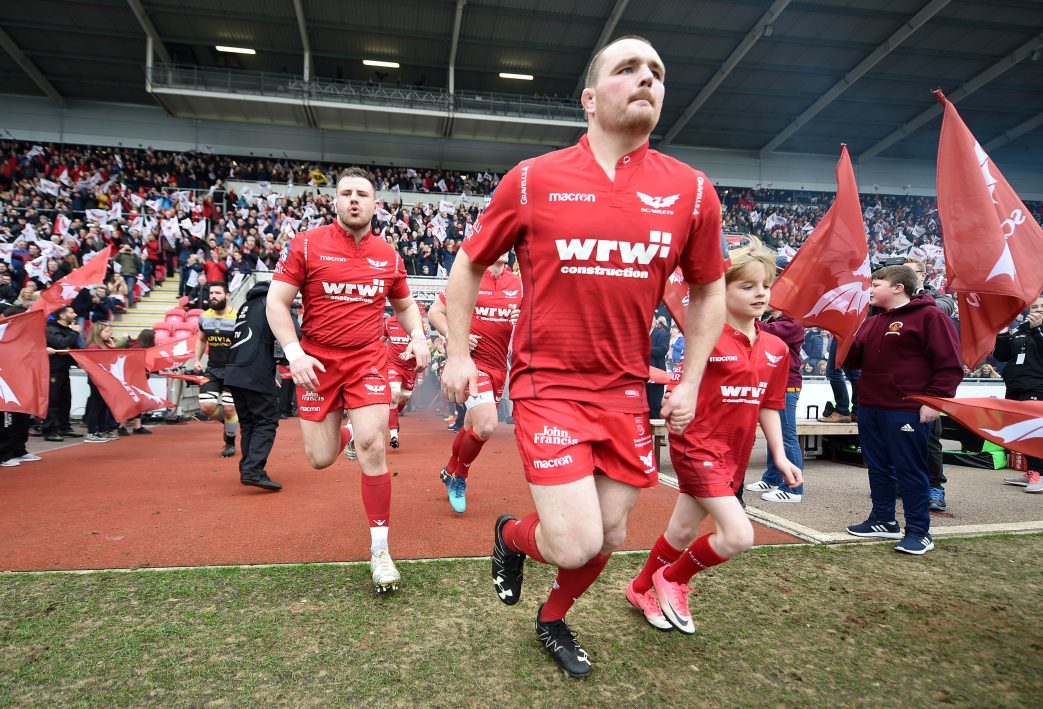 Ken Owens will lead the side out on his 250th appearance as the Scarlets take on Dragons at Rodney Parade on Saturday (5.15pm ko).

Owens is only the second Scarlets player from the regional era to reach the milestone and in doing so also becomes a life member of the club.

He made his debut against Northampton Saints in a pre-season friendly in 2006, the start of 14 successive seasons in West Wales.

Owens leads a side showing six changes from the bonus-point win over Cardiff Blues last weekend.

Former Dragon Angus O’Brien replaces Leigh Halfpenny at full-back, slotting into a back three alongside Johnny McNicholl and Steff Evans.

Steff Hughes and Johnny Williams continue in midfield, while at half-back Kieran Hardy comes in to partner Dan Jones.

Up front, Owens joins Wyn Jones and Samson Lee in an all-international front row; Wales lock Jake Ball also returns to the starting XV, partnering Lewis Rawlins. Sam Lousi, one of the Scarlets try-scorers last weekend, sits this one out after picking up a minor foot issue.

Ed Kennedy is rewarded for his try-scoring performance against the Blues and retains his spot in a back row that includes Tongan international Sione Kalamafoni – who will make his Scarlets debut – and James Davies, in his first start of the campaign.

Hailing his captain’s achievement in reaching 250 appearances, head coach Glenn Delaney said: “It’s quite phenomenal really, there are very few players in the modern game that will ever hit that mark and he deserves to hit 250 because the sacrifices he has made along the way has meant he has put himself in the best shape to do it.”

On the challenge of the Dragons, he added: “It is a massive game, it is going to be a tough one. We had a real battle against them last December and they got one over us. It is a hard place to play against a really good team that has been rebuilt by Dean (Ryan).”

Victory for the Scarlets would maintain their hopes of making the Guinness PRO14 semi-finals, although they will then have to wait on the result of Munster’s clash with Connacht on Sunday.

With one round of matches to play, Munster sit four points ahead of the Scarlets in Conference B.