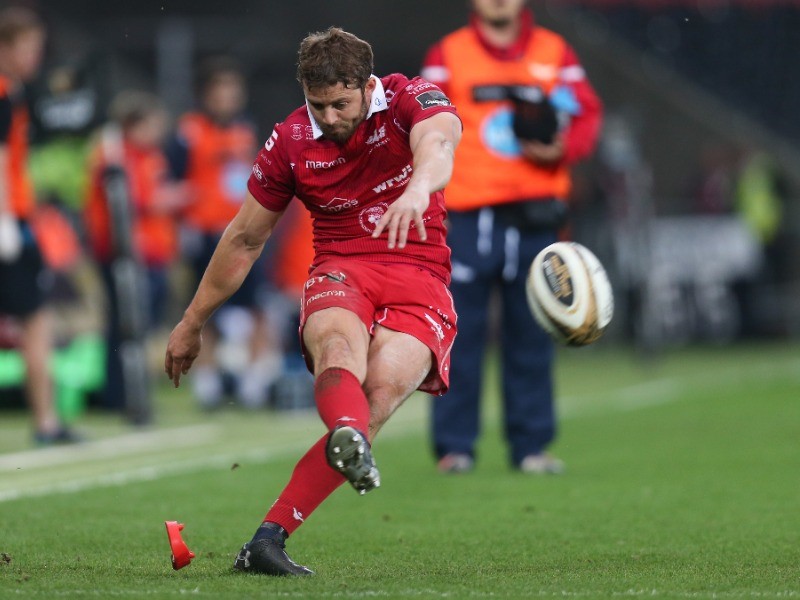 Halfpenny slots in at full-back as one of seven changes to the side beaten by Ulster in the Guinness PRO14 last weekend.

Johnny McNicholl, fresh from his first Wales appearance, returns out wide, forming a potent attacking back-three with Halfpenny and Steff Evans, who reverts to the left wing after starting at full-back in Belfast.

In the front row, Rob Evans and Ryan Elias are back from Wales duty, while Werner Kruger replaces the injured Samson Lee, who is nursing a shoulder issue.

Steve Cummins gets the nod at second row alongside Tongan international Sam Lousi, while the back row of Uzair Cassiem, Blade Thomson and Josh Macleod is retained en bloc.

Flanker Jac Morgan, who scored his first Scarlets try at the Kingspan, is again named on the replacements’ bench.

Aaron Shingler picked up a knee injury in Wales’ win over the Barbarians and is expected back in action over the coming weeks as is prop Wyn Jones, who misses out with a slight hamstring strain. Scrum-half Gareth Davies is unavailable because of illness.

Scarlets opened their Pool 2 campaign with a victory over London Irish before falling to a last-gasp defeat in Toulon. This will be the first meeting between Scarlets and Bayonne in European competition.

Unavailable because of injury and illness