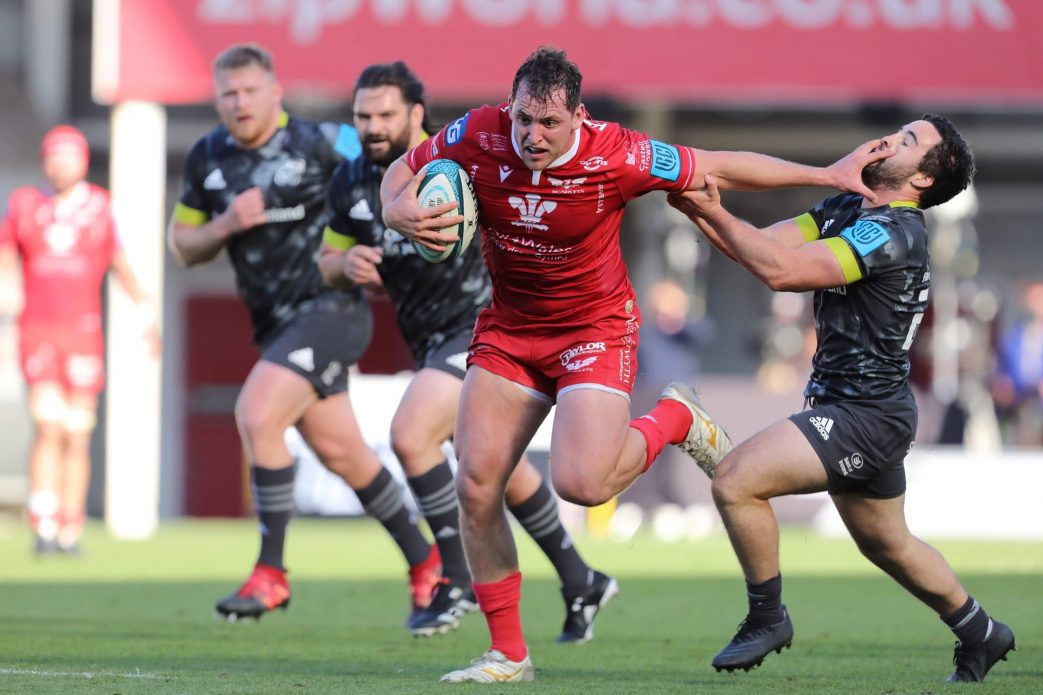 Ryan Elias spoke to the media ahead of Sunday’s Heineken Champions Cup clash with Bordeaux-Bégles in Llanelli.

Here’s what the Wales international hooker had to say

RE: “It was good for character building! It was one of those things where we were thrown into a situation and just had to get our heads down and get on with it. When we got to South Africa we were good in adhering to protocols, but at that point we didn’t know anything about the new variant. Then the news struck and we were told to just stay in our rooms until we got a bit more sense. A day or two later we had confirmation we were flying to Dublin. To be honest, with the uncertainty of being in South Africa, it was just nice to know we could get back to the UK and get on with it there.  In quarantine, they were long, long days, especially when you are used to training day in, day out and are active. We had 23 and a half hours a day in a room, but we got on with it and adapted.”

How has training been this week?

RE: “We came in on Monday and it was a reintroduction for the boys. We didn’t push it too much. Because we had so much time in the quarantine hotel, we got ahead off the game by looking at Bordeaux. We spoke about a lot of the detail so that when we came in this week, the knowledge was all there. We just had to get back up to speed. Monday was a flush second and speaking about the detail.”

How much are you looking forward to getting back out there on the field?

RE: “Coming off the back of the autumn campaign, I wanted to go to South Africa, play out there, play Bristol and keep some momentum going. Now, I’ve had three weeks off. I’m looking forward to getting back out there and getting stuck in. I thought I had one or two decent hit outs (with Wales) and I’ve taken some confidence from that. I wouldn’t say it (quarantine) has affected anything. I feel pretty fresh from it and we’ve had two days training now. Strength and fitness feels all good. I feel confident and I’m looking forward to playing. I’m hoping I can pick up from where I left off. There shouldn’t be any rust, but you don’t know until you get out there. They’re going to be a tough side on Sunday. It’s a challenge me and the rest of the boys are looking forward to. “

Do you think the last few weeks have brought you closer together as squad?

RE: “Yeah, I would say so. Obviously we haven’t been with each other in person but there’s been a lot of chat in the WhatsApp groups. The boys were FaceTiming each other just checking in, seeing how everyone is getting on. It does feel like we’re a bit tighter from it because we’ve gone through a couple of weeks that weren’t ideal. It’s backs against the wall sort of stuff. We’re playing against the French league leaders and that’s a huge game. It’s like: ‘Look, let’s get stuck in’. Siege mentality. I’m really looking forward to the challenge. They’re big boys and they can play. It’s going to be a tricky old game but at the same time, we’re excited. The boys who weren’t involved in the autumn spent weeks and weeks here going through basically another pre-season because they had no games. It’s been a long time for the core bunch of players. Everyone is really excited to rip into it. It’s about not thinking too much and just committing.”