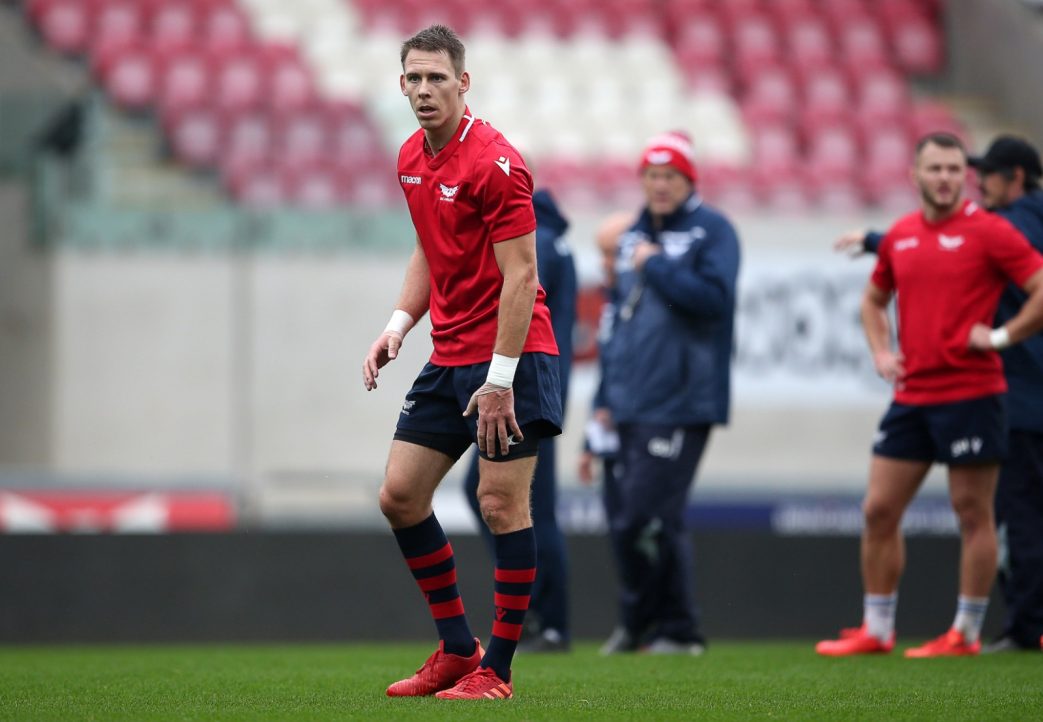 Liam Williams starts at full-back in a much-changed Scarlets side to take on Benetton in round three of the Guinness PRO14 on Friday evening (8.15pm ko).

The Wales and British & Irish Lions star has been released from the national squad to get some game time under his belt following his recovery from a foot injury.

Williams has yet to feature for the Scarlets since re-signing from Saracens in December and comes in as one of 11 personnel changes from the defeat to Glasgow last time out.

The only two survivors in the back division from that loss in Scotstoun are wings Tom Rogers and Steff Evans.

Tyler Morgan makes his first PRO14 start since his move from the Dragons and he partners former Wales U20s team-mate Steff Hughes in midfield. Hughes takes over the captain’s armband.

There is also a new half-back pairing in Angus O’Brien and Dane Blacker, who has been handed his first start in the competition for the Scarlets.

In the front row, Phil Price will make his 50th Scarlets appearance alongside Marc Jones and Javan Sebastian.

Sione Kalamafoni moves up from No. 8 to partner Tevita Ratuva at lock. Kalamafoni has played international rugby for Tonga in the second row.

Scotland have released Blade Thomson from international duty so he remains at blindside flanker; Uzair Cassiem is recalled at No. 8, while Jac Morgan gets his first PRO14 start on the openside.

Paul Asquith, Dan Jones and Will Homer provide the backline cover. Rob Evans, following his impressive return from injury against the Dragons last weekend, comes onto the bench with Taylor Davies, Werner Kruger, 21-year-old lock Morgan Jones — who is set to make his competitive debut for the Scarlets —  and Ed Kennedy making up the replacements.

Lewis Rawlins has been ruled out because of a neck issue.

Scarlets are without 11 players who are on international duty with Wales ahead of the autumn Test series.

Head coach Glenn Delaney said: “We have got a changed group with the international call-ups and it has presented an opportunity for a lot of younger boys, the energy has been through the roof this week, it is really exciting for this group.

“We know Benetton are a very tough team at home, they are well coached. They played really well at Ulster and took Leinster pretty close in round two. We needed a kick at the death to win it at home last year which Dan Jones nailed. That tells you the sort of side we are up against. It is going to be a tough game, without a shadow of a doubt.”