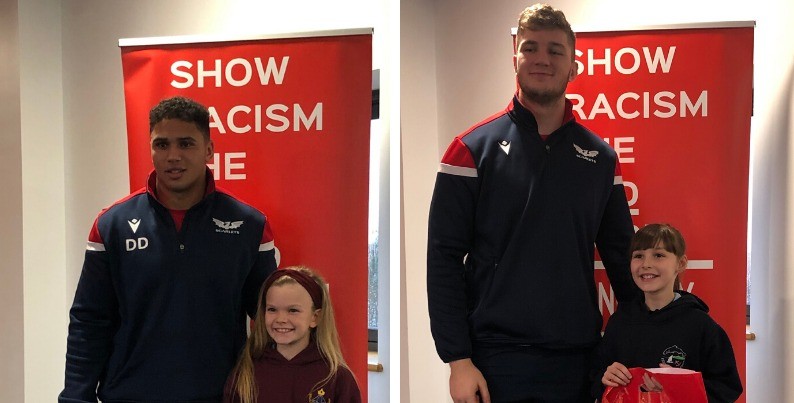 The morning started off with a workshop delivered by none-other than Educational Worker and Ex-Footballer Steve Jenkins, which consisted of educating the young people on the topic of racism by using interactive activities and open discussions.

Prior to the Educational Day both schools were tasked to prepare for the afternoons anti-racism role play Press Conference, where the pupils had the chance to be the Media.  They were also told to create a newspaper name and research racism in sport and society. From the information they had researched they were required to create questions for their mock Press Conference to help collate information for their newspaper article.

In the Afternoon session the pupils sat down and listened to our educational film, which gave them an extra opportunity to obtain knowledge surrounding the topic before the mock Press Conference.

Pupils took on the role of media journalists in order to collate information for their newspapers, they introduced themselves and their newspaper as well as asking their questions to the panel.

When the pupils return to their schools they will use all the information they have collated during the event to write and design their article for their newspaper.

Thank you to Jason Webber and Steve Jenkins from the SRtRC team for conducting the event and also thank you to the schools for attending and making the event a successful one. Hopefully we can arrange another educational session soon.