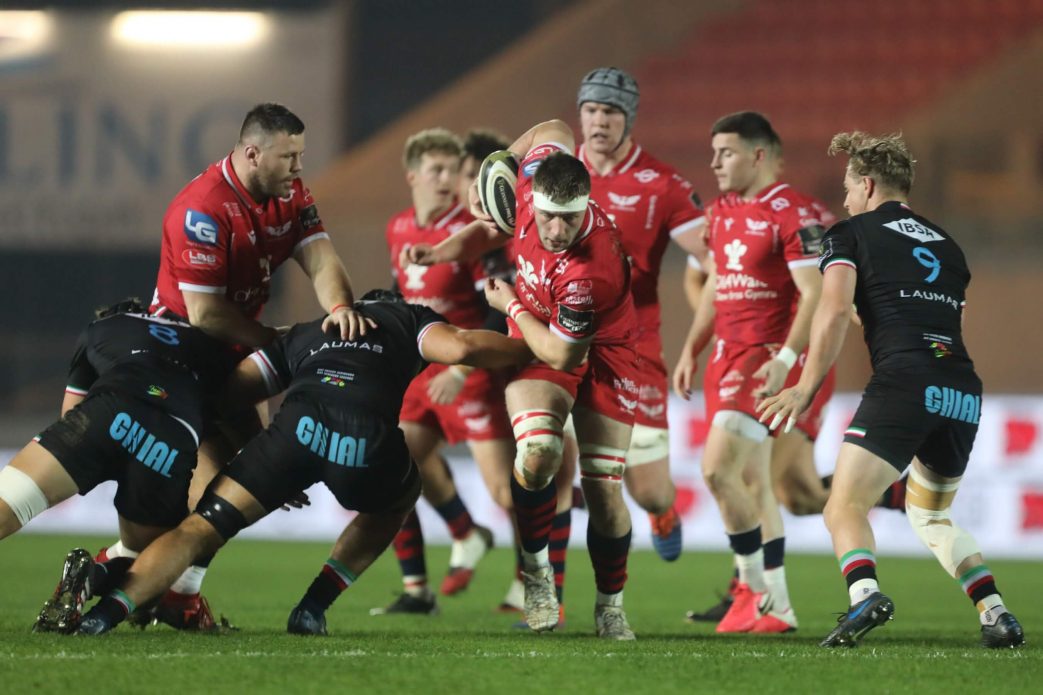 Scarlets second row Morgan Jones says he is living the dream as he continues to make his way in senior rugby.

The 21-year-old made his Guinness PRO14 debut in the win over Benetton last month and has impressed in the matches against Edinburgh and Zebre.

Morgan is one of a batch of young players coming through the ranks at Parc y Scarlets and ahead of Saturday’s round five clash with Connacht in Galway, the 6ft 7in lock spoke to the media about his experiences so far.

“Obviously with Jake (Ball) and Tex going away and boys taking knocks I have been given a chance to have a go and am loving every second,” he said.

“I have been here three to four years now and to be where I am, where I always dreamed I would be, is a bit mad to be honest. Since supporting the Scarlets as a kid and now playing for them is a dream come true.”

Born in Nuneaton, Jones arrived at the Scarlets through the Wales Exiles programme and has represented Wales at U20s level at the Junior World Championships and Six Nations.

So where does the Llanelli link come from?

“My grandad was born and bred in Llanelli. He lived here until he was in his twenties and then moved across. We used to come here every year from when I was nine, stay down in Pendine, come and see the stadium, go to Mumbles and the pier. It was surreal to end up living here.

“Obviously, I played with the likes of Pricey (Jac Price) and Jac Mogs for the 20s. The fact that we are going through this together and some of us are making our PRO14 debuts together is unreal.”

Jones was dealt a tough lesson on his league debut in Treviso, dismissed for a high challenge late on — the red card was later rescinded by a disciplinary panel.

“I loved making my debut, although the card did spoil it a little bit. You can only learn from it and I have; it is what I work on in training to make sure it doesn’t happen again.”

And the targets for the rest of the season and beyond?

“I am taking everything as it comes, I’m not thinking too far ahead,” he added. “If the coaches keep picking me and I can keep the jersey as long as possible I am happy.”