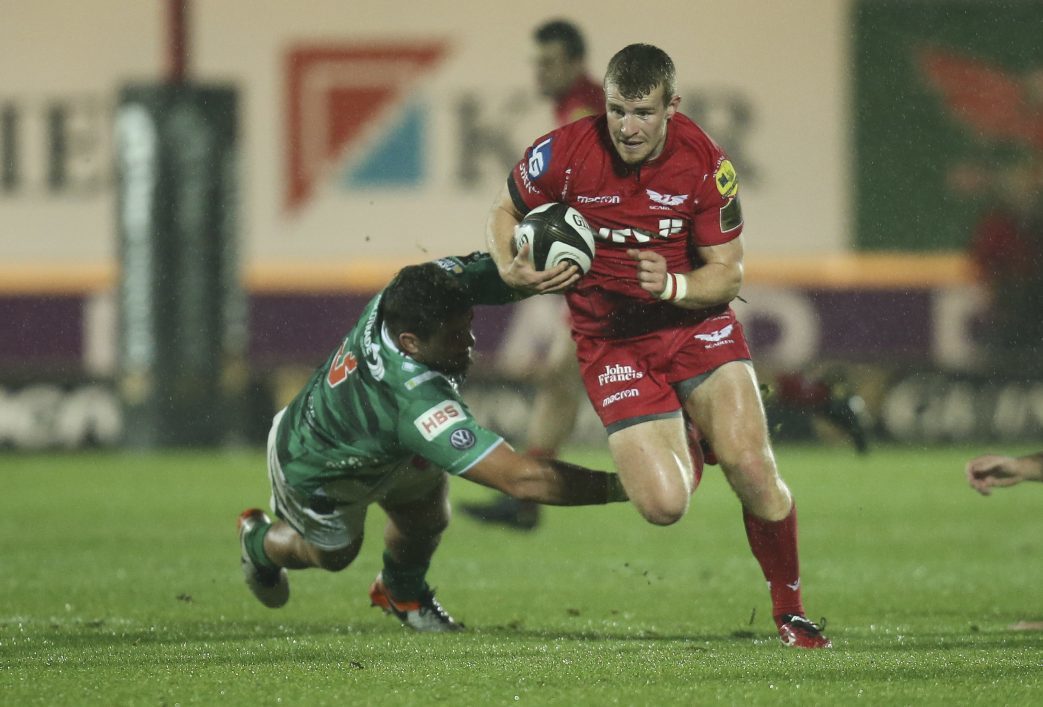 Scarlets are delighted to confirm that scrum half Jonathan Evans has signed a new deal keeping him at the Scarlets.

The 25-year-old joined the Scarlets ahead of the 2016-17 season from this weekend’s European Rugby Champions Cup opponents Bath Rugby.

Evans’ debut season at the Scarlets saw him make 24 appearances including appearances off the replacements bench in both the Guinness PRO12 semi-final and final in Dublin.

He scored five tries in his first season in West Wales and has continued his good form into the 2017-18 season making ten appearances thus far.

Evans is amongst a strong group of Scarlets who have renewed their contracts with the region as head coach Wayne Pivac looks to replicate last season’s successes and steer his side to a second consecutive Guinness PRO14 final.

The West Wales region currently top Conference B with eleven victories from thirteen games and still have hopes of making a first European quarter-final since 2007 as they head to Bath this Friday evening for the fifth round of the campaign.

Commenting on the news head coach Wayne Pivac said; “Jonny has played a lot of rugby since joining us here, he’s played well for us and he’s an attacking threat, that’s one of his strengths.

“It was important that we retained Jonny and we’re very happy that he’s re-signed. Our nines in the last season have been very competitive and you need that depth in the squad.”

Jonathan Evans added; “I’m delighted to be staying with the Scarlets. I’ve really enjoyed my time with the region and being a part of the run-in, semi-final and final in my debut season was a fantastic experience.

“I’m really enjoying the style of rugby that we’re playing and it’s exciting to be challenging for a play-off place in the Guinness PRO14 and the Champions Cup.

“I’m grateful to Wayne and the coaches here for giving me an opportunity and I look forward to another exciting run-in to the end of the season.”