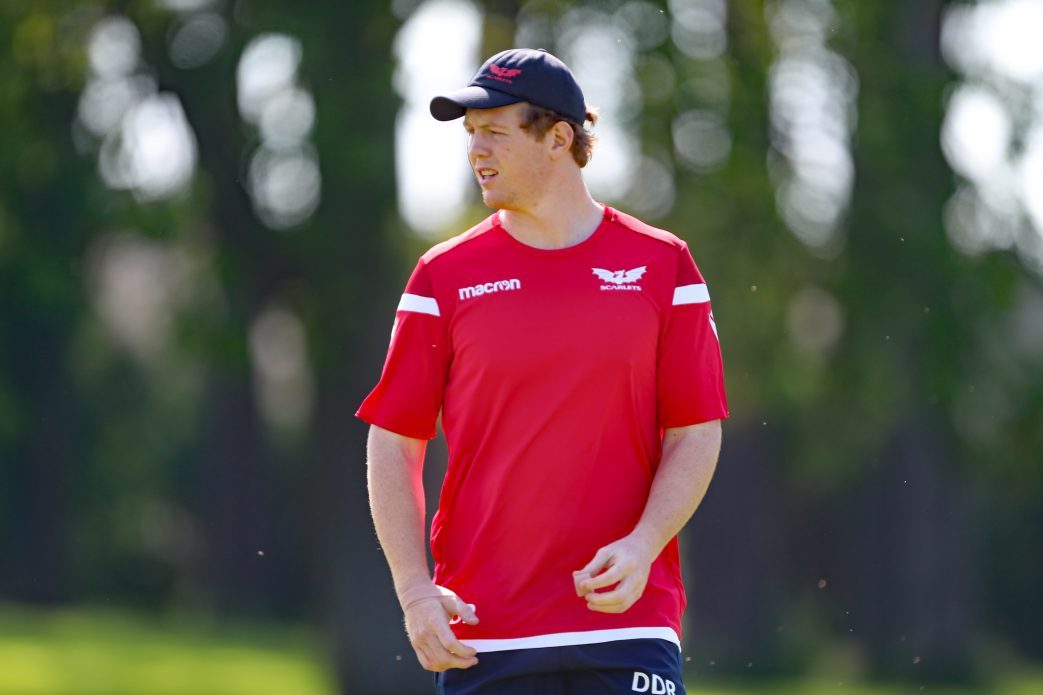 From North Harbour to North Dock, Danny Drake is settling in well to life in Llanelli.

The 24-year-old second row is one of the Scarlets’ new additions for 2019-20, linking up with the squad at Parc y Scarlets last month after agreeing a deal from the New Zealand provincial side.

After a gruelling opening block of pre-season training, the players have been given a week’s break to recharge the batteries.

When they return, they will be greeted by a new-look coaching team following the arrival of head coach Brad Mooar and his assistant Glenn Delaney.

“It’s been good, all the boys are very welcoming, the coaching staff are good, the stadium is awesome and it has only rained a couple of times since I have been here,” smiled Danny.

“Coming here was a big decision to make, but an easy one to be honest. It is a big opportunity for me when you look at where the club is sitting and with the new coaching staff coming in. It is exciting times.”

Drake played for North Harbour in the Mitre 10 Cup and was part of Super Rugby side the Blues’ wider development squad.

An athletic ball-handling second row, he can also provide options at blindside flanker if needed.

“I am just excited to get stuck in and fizzing to have that opportunity to put the jersey on,” he added.

“Pre-season has been challenging, but that is what it is for … it’s been similar to back home, running in heat all the time.

“Brad is here now and will bring his ideas and I am sure it will ramp up for the rest of pre-season.”

The Scarlets play their opening pre-season match away at Jersey Reds on Saturday, September 7 followed by a clash with regional rivals the Dragons at Rodney Parade a week later.

Connacht are the visitors to Parc y Scarlets for the first round of the Guinness PRO14 on Saturday, September 28.

So why not join the pack and secure your season ticket for what promises to be a hugely exciting 2019-20 season by going to http://www.scarletsseasontickets.wales