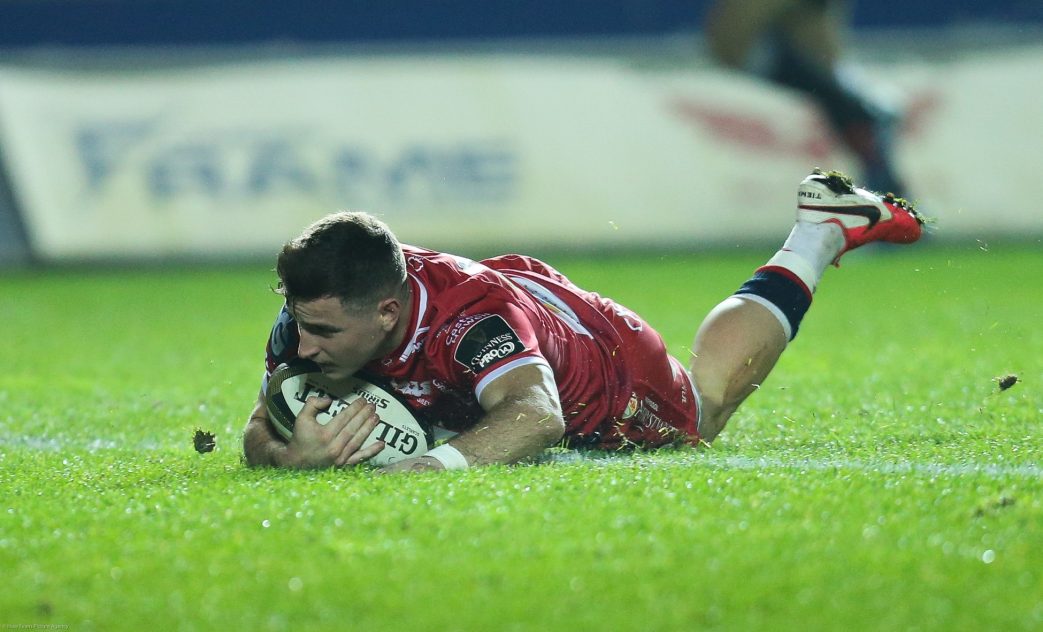 A late Angus O’Brien penalty sealed a second Scarlets win of the season after a nervous Guinness PRO14 round five clash against Zebre in Llanelli.

A second-half resurgence from the Italians had threatened to claim a first ever win over the West Walians, but O’Brien calmly slotted over the kick with just over three minutes remaining to secure the 18-17 victory.

It was a game of two halves for the home side, who had opened up a 15-3 lead after half an hour thanks to some scintillating attacking rugby.

But with Zebre taking advantage of Scarlets indiscipline and claiming a second-half interception from wing Pierre Bruno, they came close to a famous victory on Welsh soil.

Scarlets shot out of the blocks and had their first try on the board after just five minutes.

From an attacking line-out, Steff Hughes and Angus O’Brien combined, a lovely floated pass found Johnny McNicholl and he fed Conbeer who had a free run to the line.

O’Brien hit the upright with the conversion, but Zebre pulled three points back through the boot of young fly-half Antonio Rizzi.

In perfect conditions for running rugby, the Scarlets continued to give the ball oxygen and looked dangerous on the offensive.

O’Brien extended the lead to 8-3 then man of the match Jac Morgan was denied a superb solo score after a barnstorming charge through the Zebre defence.

The television match official ruled out the score for a forward pass, but he couldn’t find anything wrong with another effort moments later — a brilliantly-crafted try for Blacker.

This time centre Paul Asquith was freed down the left, his kick inside bounced into the hands of the scrum-half and Blacker did well to step the last man and touch down. O’Brien converted to push the lead out to 15-3, although Rizzi added a second penalty for Zebre on the stroke of half-time.

Rizzi added a long-range penalty to reduce the home advantage to 15-9 and Zebre visibly grew in confidence as the half wore on.

O’Brien and Rizzi both missed shots at goal, then the Zebre contingent were on their feet when Bruno intercepted and raced 40 metres to the line.

Rizzi missed the conversion but made no mistake from the tee with seven minutes remaining after Scarlets were penalised at a ruck just outside the 22.

Needing a big final effort, the home side delivered , earning O’Brien the crucial penalty from straight in front, which proved enough for the win.