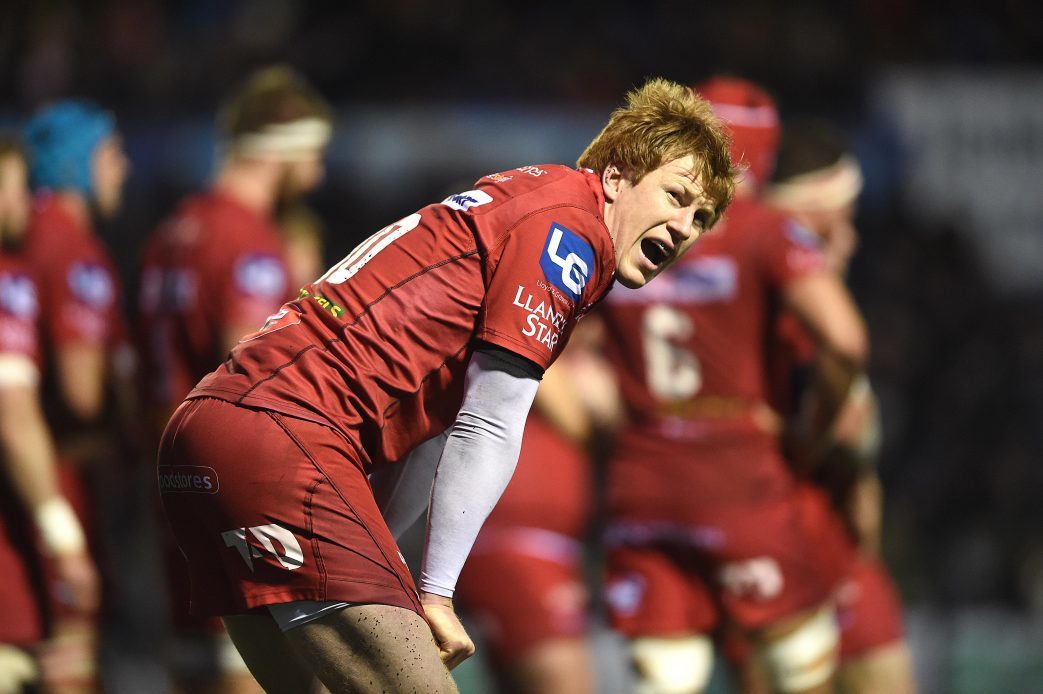 Rhys Patchell has been named at fullback for Scarlets’ European Rugby Champions Cup clash against Bath Rugby at the Rec on Friday evening after a man of the match performance last weekend.

The 24-year-old, who has made 38 appearances for the region, will face Bath hoping his side can secure a victory to keep their European campaign alive heading in to the final round of the competition.

A victory against the English Premiership side will see Scarlets head into the sixth round of the competition with an opportunity of clinching a first quarter-final spot in over a decade.

Looking ahead to the game Rhys Patchell said; “The big thing for us is that we don’t come off the field with any bullets left and give it everything we’ve got. Hopefully we’ll have a tidy dry night and whatever happens, happens. It’s a big game for both teams in Europe.”

Scarlets secured three Welsh derby victories over the festive period in the lead up to the final two group games in the Champions Cup campaign. Patchell went on to say; “It hasn’t been the prettiest at times but equally we didn’t need to have our A game at that point in the season, we need that now. To all intents and purposes this is the business end of the season. We lose on Friday and we make it very difficult for ourselves and we leave ourselves at the mercy of other results.

“We’re right in the mix and we’ll all fancy our chances leading into this round. This becomes a very pivotal weekend in the make-up of the group. It’s all very exciting.

“This is why Europe is great. It all goes down to the last two weekends and these are the games the boys want to be involved in.

“You can certainly sense the excitement. This is a real opportunity for us. We’re all pretty excited for the opportunity.”