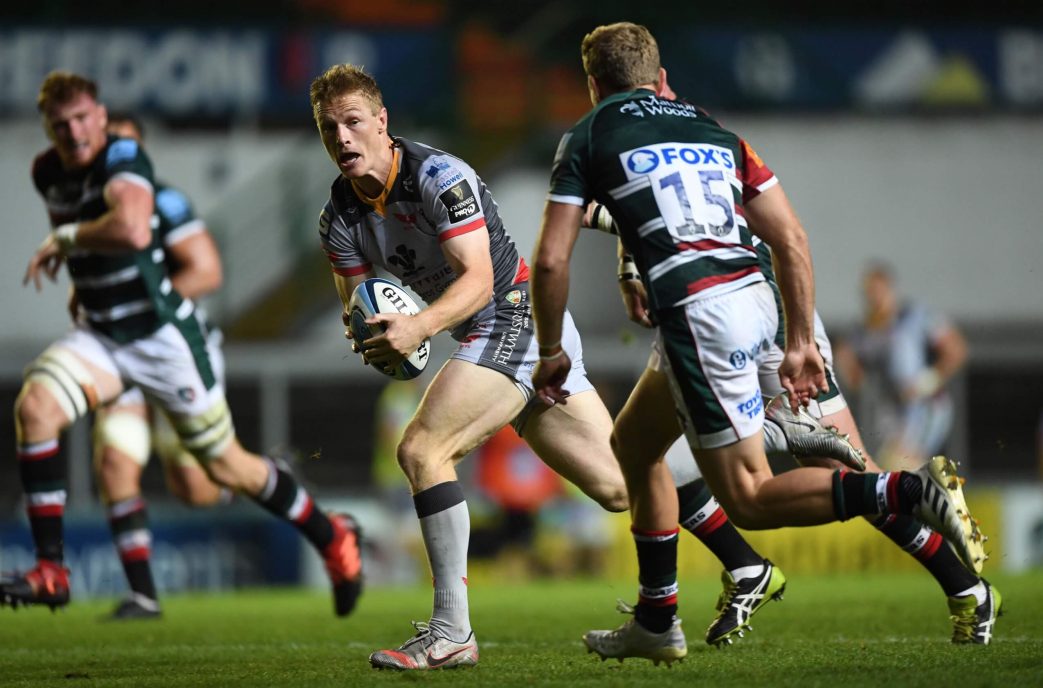 Dwayne Peel paid tribute to the character of his Scarlets side after they produced a stirring second-half fightback to claim a second win of pre-season in Leicester on Thursday evening.

But they battled back manfully, scoring three superb tries in the final half hour to claim a deserved victory.

“It was pleasing, we managed to stay in the game which shows good character and some of the things we have been working on we saw out there,” said Peel.

“It was a fractured game in some respects and we know there are areas we need to work on, which is to be expected at this time of year.

“We had a lot of possession and territory in the first half, but made mistakes in their 22, which is one of the areas where there is work, but after being behind 17-8 we managed to get ourselves back into the game and scored some nice tries.”

The win came off the back of a four-day training camp in North Wales.

Peel added: “I was pleased for the boys; they have worked really hard this week and had a bit of fun off the field as well. The energy they showed was good on the back of that and it was nice to finish the trip with a win.”

Peel also gave a special mention to the returning Scott Williams, playing his first game in a Scarlets jersey since 2018.

“I was really pleased to get Scotty back on the park.  It has been a long road for him, he has been dogged by injuries over the last couple of years and even in pre-season he had a little tweak of his calf. He has worked his backside off to be back and was delighted after the game.”

Preparation now turns to the opening game of the United Rugby Championship, away in Edinburgh on Saturday, September 25.