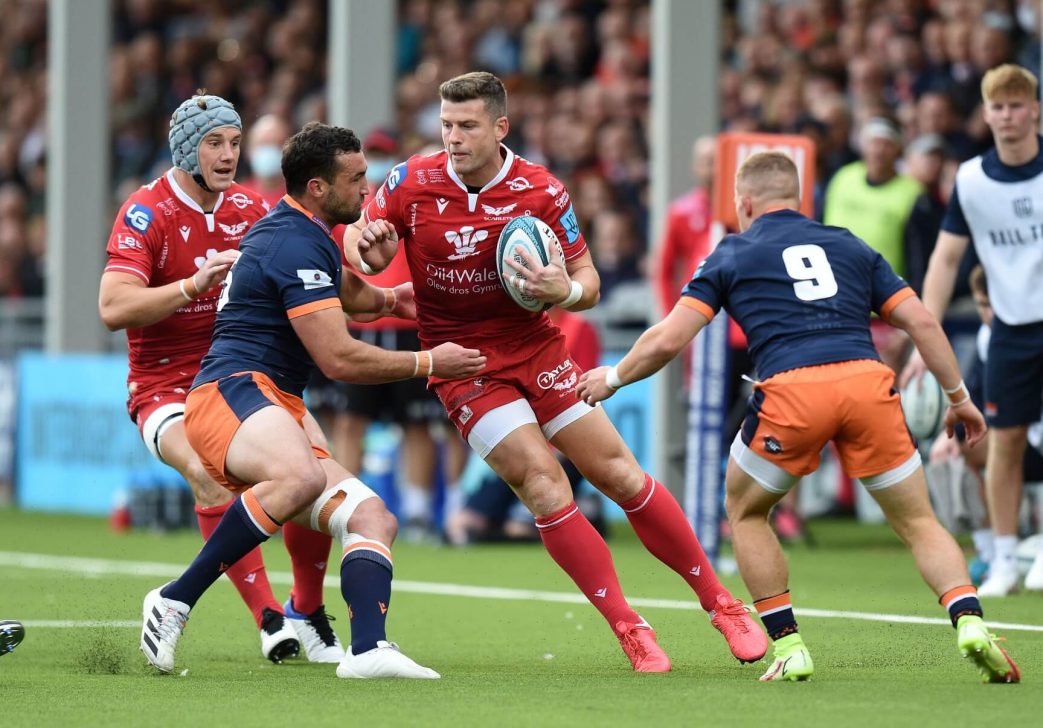 Dwayne Peel admitted many of the wounds in Edinburgh were self-inflicted as his side were beaten 26-22 in a gripping first round encounter in the United Rugby Championship.

The Scarlets created plenty of opportunities in the Scottish capital and as well as scoring three tries, had another three chalked off.

But ultimately errors at crucial times cost them the win at the new DAM Health Stadium.

Peel said: “We started pretty well and were frustrated that we let them into the game through some silly errors, particularly in the middle of the game. We gifted opportunities and credit to Edinburgh they took those chances well.

“We said it in the changing room afterwards that a lot of the reasons for that defeat were self-inflicted.

“We will reflect on the game, we will be critical of ourselves and we will be disappointed with our errors, but we also know that there were plenty of positives in that performance.

“There was lots of good stuff in there with some nice tries. I also thought we showed a lot of character in that second half, we had momentum, we had pressure, but unfortunately couldn’t get over the line at the end.

“As I said, we will reflect on the game, but also look forward to being back at our home against the Lions on Friday night.”

Scarlets will this week assess a knee injury suffered by back-rower Tom Phillips, who was taken off on a stretcher in the second half.