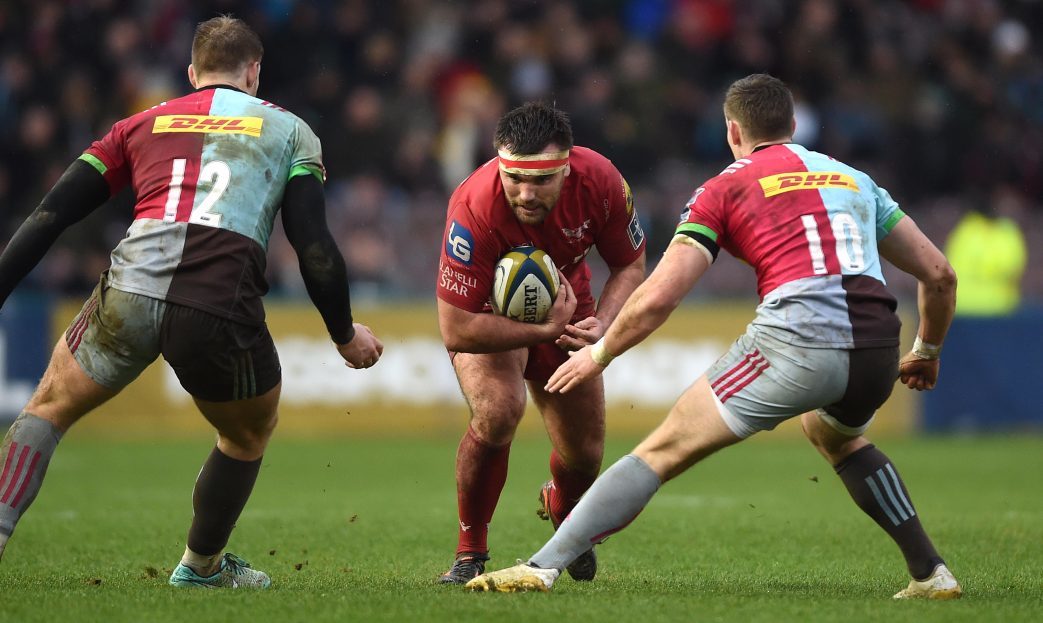 Scarlets hooker Emyr Phillips has today confirmed that he will retire at the end of the 2017-18 season.

After a decade of rugby with the Scarlets 31-year-old Phillips has called time on his playing career in order to concentrate on the next leg of his rugby journey as a coach.

Since making his regional debut in March 2009, against the Dragons, Phillips has gone on to become one of the stalwarts of the region making 152 appearances to date, including an appearance off the replacements bench in the 2016-17 Guinness PRO12 semi-final and final victories.

A dynamic and mobile forward, whose athleticism and pace also saw him cover on the flank from time to time, Phillips has been an influential member of the squad over the last ten years. A highly respected player, amongst peers and coaches, has seen him lead the region on numerous occasions.

As well as making a century and a half of appearances for the Scarlets Phillips has also represented his hometown club Llandovery 130 times.

The Llandovery-born hooker developed through the ranks at the Drovers and made his senior debut as an enthusiastic 18-year-old against Cross Keys. Phillips was rewarded with a Scarlets contract after standout performance for the Drovers.

Phillips has scored 21 tries in 282 appearances for Llandovery and the Scarlets. He won the first of three international caps for Wales against Japan in 2013.

As part of his continued professional development Phillips took on a role as Forwards Coach with Scarlets Under 18s and has more recently joined Llanelli RFC’s coaching staff.

Jon Daniels, Scarlets General Manager of Rugby, said; “I would like to take this opportunity, on behalf of everyone here at the Scarlets, to say a big thank you to Emyr for his services to the club and the region over the last ten years. I remember him coming in to the academy playing for the Under 18s and Under 20s. His passion for playing for the Scarlets was evident from the very beginning and has remained throughout his career.

“Emyr’s career has been hampered by injuries but despite setbacks along the way has remained positive and determined to succeed going on to make over 150 appearances for the Scarlets, a milestone not reached by many in the professional era.

“A true Scarlet, Emyr has represented the region with pride and passion both on and off the field. He has proved his qualities as a leader, as a player and now in his new role as coach. His time coaching with the region’s Under 18s side and Llanelli RFC has shown that he has a bright future ahead of him and we wish him all the very best for the future.”

Emyr Phillips added; “Making the decision to retire and hang up my playing boots has not been an easy one but I feel that the time is right to turn my attention and focus to coaching and bow out on my own terms.

“I’d like to thank everyone at Llandovery and the Scarlets, players, coaches and backroom staff, for all their support over the last ten years; the medical and conditioning staff at the region have been fantastic through those difficult periods with long-term injuries.

“Being a part of the Guinness PRO12 championship winning squad was an honour and being able to lift the trophy with this group of players, after many years of hard work, was an experience I’ll treasure forever.”