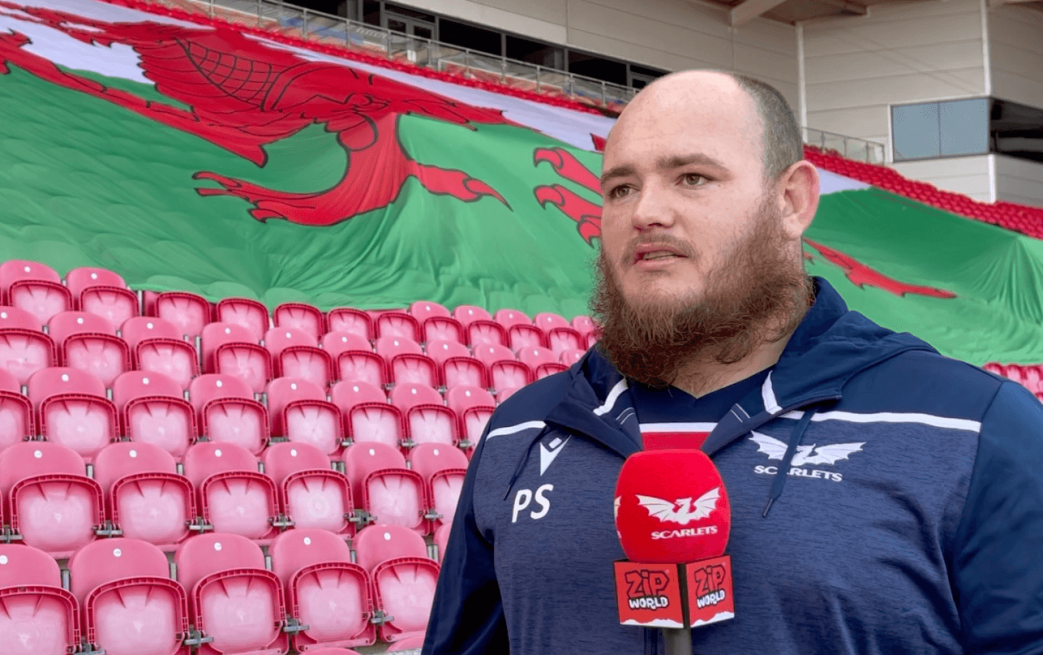 Pieter Scholtz can’t wait to get up and running at the Scarlets after spending the last two weeks in quarantine.

The 26-year-old South African tight-head prop arrived in the country last month, but under government Covid regulations had to isolate for 14 days in a hotel in Llanelli.

Although a number of the Scarlets squad are currently in isolation until next week, Pieter linked up with some of his team-mates at Parc y Scarlets on Monday and is looking forward to getting stuck into some rugby, nearly nine months since his last appearance on the field.

“It has been a tough couple of weeks, I am not used to just staying in a hotel for so long, but everyone at the Diplomat has been very nice and accommodating, there is also a good gym there which I have been using in the evenings, which has kept me busy,” he said.

“I have been in constant contact with the coaches, speaking about scrummaging to Ben Franks — someone who I grew up watching — and also the conditioning coaches as well. I couldn’t have asked for more.

“I was planning this week to move into a flat with another of the guys but with Covid that has been difficult.

“It is just nice to be here and getting to know everybody. It’s been a couple of days now and everyone has been really welcoming.

“I think March 14th was my last game so I have been out of rugby for a long time. Hopefully I can be involved in the coming weeks.”

Brought up in Kimberley in the Northern Cape, Pieter played Currie Cup for the Griquas, Lions and Pumas and also has a couple of Super Rugby appearances under his belt.

He was part of the Southern Kings squad that has featured in the Guinness PRO14 in recent seasons and came off the bench for the South African franchise on their last visit to Llanelli.

The Kings were forced into liquidation earlier this year, meaning Pieter had to look for employment elsewhere. Then the Scarlets came calling.

“I’ve always wanted to come overseas and play for a team over here,” he added. “I had a couple of teams interested in South Africa, but there was a lot of uncertainty because of Covid about whether there would be any rugby at all this year. I had the opportunity to come to the Scarlets and grabbed it — it was  a no-brainer.”