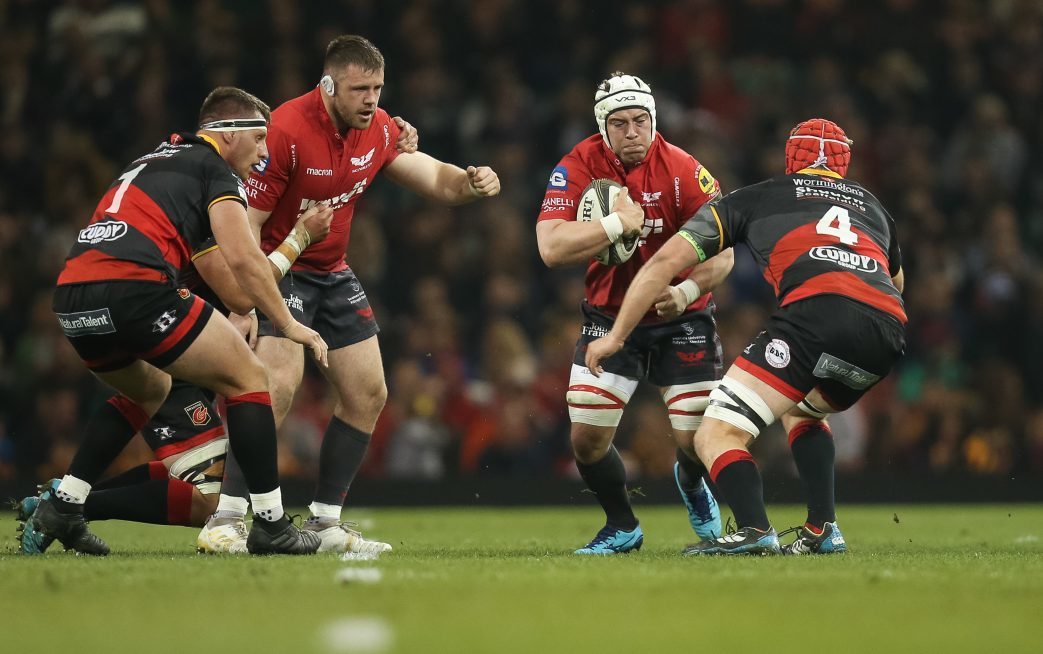 Five tries at the Principality Stadium on Saturday afternoon, against the Dragons, saw the Scarlets secure a home game in the Final Series Play Off next weekend to keep the campaign alive to retain the Guinness PRO14 championship trophy.

Following on from the disappointment of the loss to Leinster in the Champions Cup semi final a week ago the Scarlets were determined to get back to winning ways and secure another opportunity to play at home before the season’s end.

The opening game of Judgement Day VI would see the Scarlets take on the Dragons, playing their last game of the season.

A victory would not have ensured a home draw for the Scarlets with Edinburgh hot on their heels in third place, the try bonus point was a must to ensure another game at Parc y Scarlets.

The first half didn’t set the world alight with scrum issues halting any hopes of an electric atmosphere however the Scarlets did get a try on the board through the work of the forwards with hooker Ryan Elias claiming the spoils.

The second half saw more of the exhilarating rugby that fans are used to with another four tries scored, one penalty try, a brace for Tadhg Beirne and one for winger Steff Evans. Fullback Leigh Halfpenny’s try was disallowed for a knock on at the base of the ruck earlier in phase play.

Speaking after the game head coach Wayne Pivac said; “We came to get five points, we didn’t hide that fact. I think everyone knew the equation going in to it and everybody wants to be at home in a play off game. We got the five points and we’re happy with that but that’s probably all we’re happy with really.”

Commenting on the home play off he went on to say; “It’s huge. We feel that we let the fans down last week against a rampant Leinster, who thoroughly deserved to win that semi final, but I think our boys, across the board, believe that they didn’t play their best rugby. They’d love another opportunity so this game was important to get on the right side of the draw if you like.”