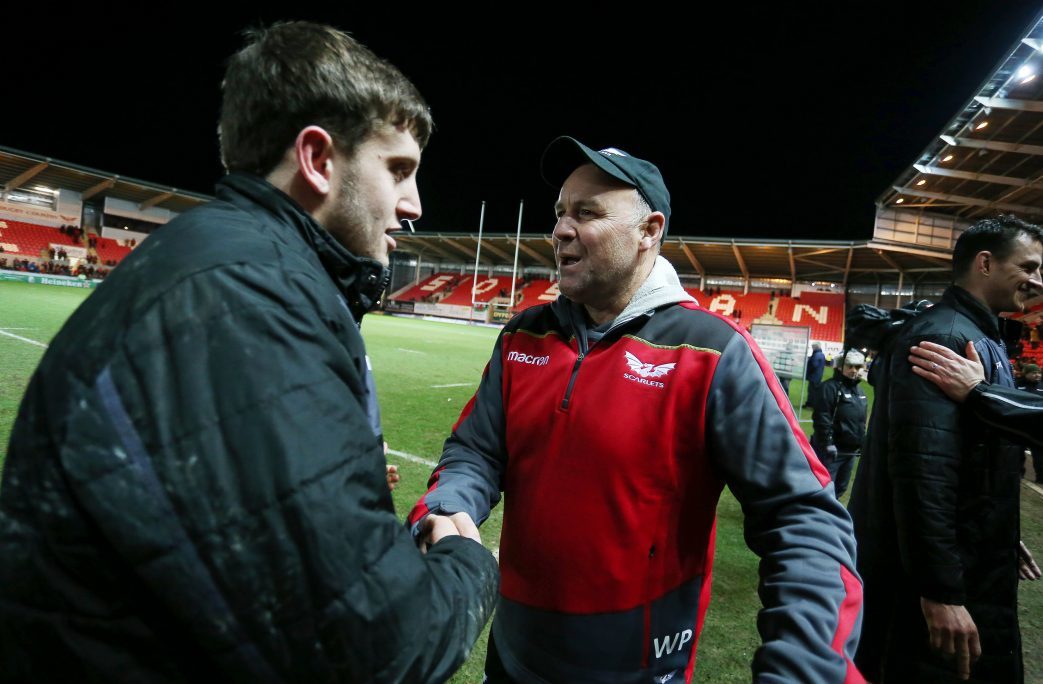 Scarlets head coach Wayne Pivac has steered Scarlets to a first European quarter-final in over a decade after securing four consecutive victories in the group stage.

The victory over Toulon, at Parc y Scarlets on Saturday evening, was nothing short of historic with a near capacity crowd nervous and jubilant to the very second as referee Wayne Barnes blew the whistle securing Scarlets’ place in European history once more.

Scarlets are only the third team in history to progress to European quarter-finals after losing the opening two games.

Speaking after the game Wayne Pivac said; “We’re very pleased that we defended the way we did to win the game. I thought we scored some good tries in the first half, picked up a bit of a lead and it was all down to our defence after that.

“Big guys kept coming at us and our boys kept getting up and knocking them over at the end there. Byron Hayward is a very happy man and so he should be because the boys stood up defensively, which won us the game in the end.”

Reflecting on the success of reaching the knockout stages Pivac said; “We set some goals as a team and obviously we wanted to be in the play-offs and try to do well again in the PRO14 but the next frontier was always to crack the play-offs for the European Champions Cup and the players were very desperate to do that. After a slow start in rounds one and two I think it has been a fantastic effort to win all four, which is what we had to do!

“Tonight is a very special night for this ground, now hopefully we’re going to get more and more backing from the locals in terms of support. We had great support here tonight. I think it was really important for the future to come away with that win. It is a little bit of history for this team in particular, we want to create our own history and the boys are working hard towards that. We’re very pleased!”

Scarlets will have to wait on other results to see whether or not they’ll claim a home quarter-final; “Some games have to go our way now. Not getting the bonus point tonight means that it’s in the balance. We’ll be hoping certain teams will help us out! The boys would love to play at home but we’re very happy to be in the quarters and we’ll just wait and see!”