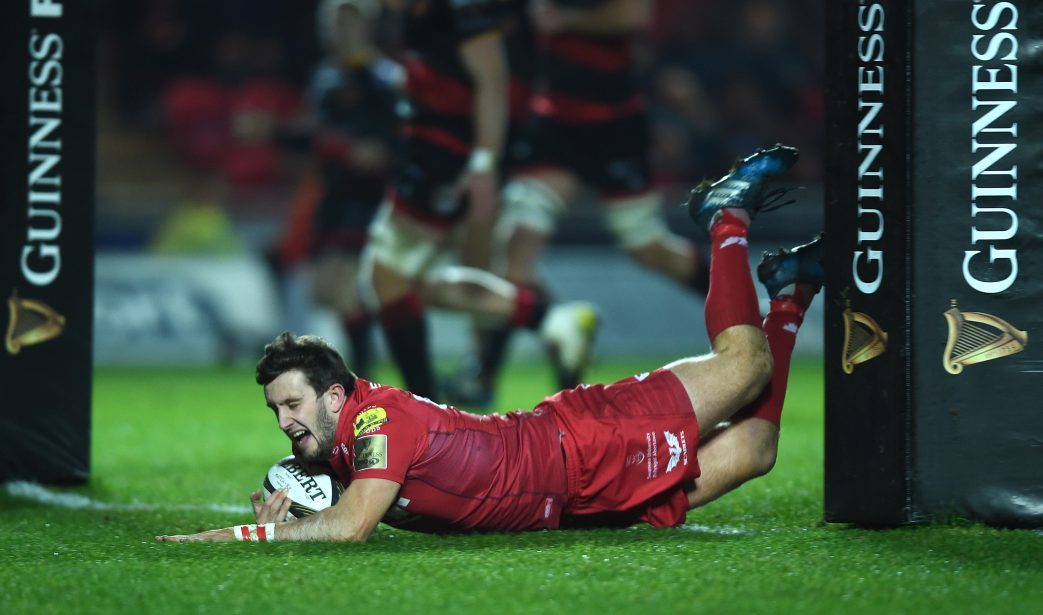 Scarlets ran in seven tries to secure victory over the Dragons at Parc y Scarlets on Friday evening and in doing so equalled Cardiff Blues’ consecutive home wins record of 17 in the championship.

Despite the solid bonus point victory, and a Welsh derby whitewash over the festive period, head coach Wayne Pivac believes his side have a way to go to compete with Bath in next Friday’s Champions Cup clash.

Pleased with the three festive victories Pivac said; “We got three results but we didn’t play well. We keep ourselves at the right end of the conference giving ourselves an opportunity but we know we’ve got some big games around the corner.

“We ran in a few good tries in in the second half (against Dragons) and to get the five points and the thirteen over the ten days was pretty much what we targeted. All in all we’re pretty happy.

“We haven’t played our prettiest rugby but at this time of the year you’re not winning championships it’s about accumulating enough points to make sure that you’re in the play-offs at the end of the year. As you saw last year we timed our run pretty well.

“Getting thirteen out of fifteen points over those ten days was really important for us. We’re very pleased that we’ve got those points in the bank.”

With seventeen consecutive wins at Parc y Scarlets in the Guinness PRO14 Pivac went on to say; “We’ve got a proud record at home. It’s very pleasing to win at home, especially for the fans and the people who support us. The boys enjoy playing at home and the record goes to prove that.”

Scarlets take on Bath Rugby at the Rec on Friday 12th January in the European Rugby Champions Cup before returning to Parc y Scarlets to take on former champions Toulon on Saturday 20th January, kick-off 5.30pm.