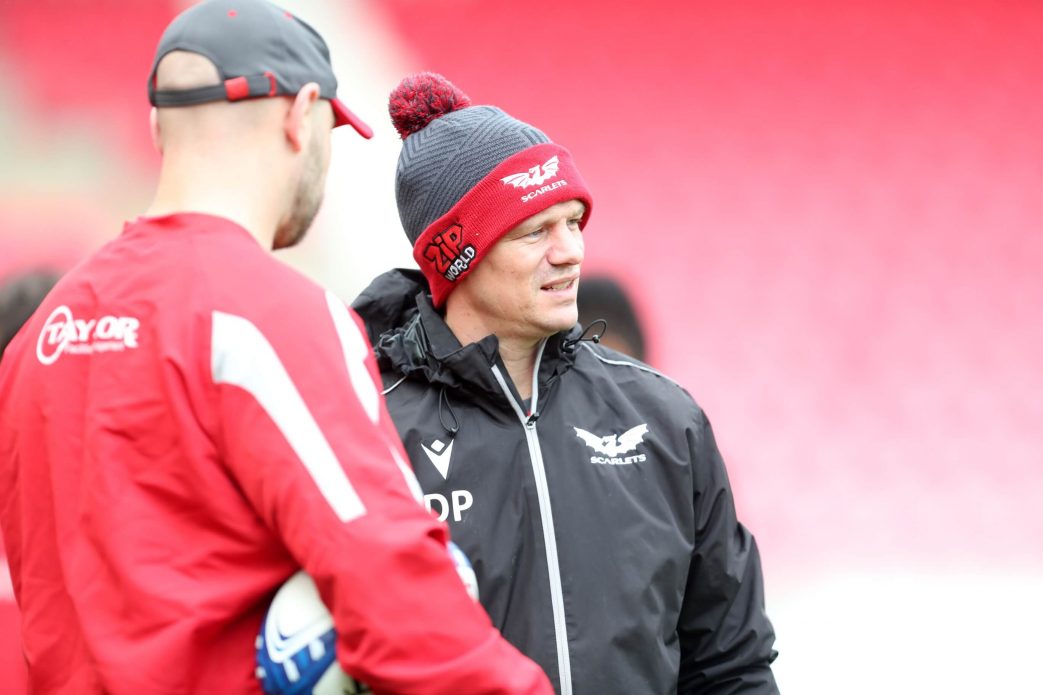 Dwayne Peel spoke to the media today as the Scarlets prepare to take on the Ospreys in what will be their first competitive game of rugby since the win over Benetton on October 22. Here’s what he had to say …

Dwayne, how has everyone been this week?

DP: “The boys are in good spirits and we’ve managed to get some good work done. We PCR tested this morning and will know the results later. The boys are good to go and just raring to play a game of rugby, it has been so long with close calls etc, preparing to build yourself up physically and psychologically to a game and then seeing it cancelled. It has been mentally tough, but we are almost there. Hopefully we can cross the line this week and we are able to be professional rugby players again, which is what the boys want.”

How frustrating has it been for everyone?

DP: “It has been really frustrating, especially to have the Boxing Day game against Cardiff called off so close to match-day. We prepped well and to find out on Christmas Day that the game was going to be off was tough. The boys were bitterly disappointed, as everyone would be. We have to move on quickly because we have a big one this weekend. We planned obviously to play on Boxing Day so came in and had a training session instead, we then had Monday off and have trained as a normal week.”

What has the message been?

DP: “The boys have been very good as a group. They have moved on quickly when we have asked them to. Scotty Williams spoke well this week in terms of how frustrating it has been and how it is tough mentally to get yourself up for a game and then have it cancelled last minute, but when the time comes we have to be ready to go. That is something the whole group have driven. The boys have gone about their business well and are just itching for a game now.”

How difficult will it be to fit in these postponed games later in the season?

DP: “All we can do is prepare well each week. There is a lot of uncertainty around things at the minute, all we can do is control the week coming up. That is the only way we can approach it because there is so much uncertainty about what the league will look like beyond the end of this block of matches at the end of January.”