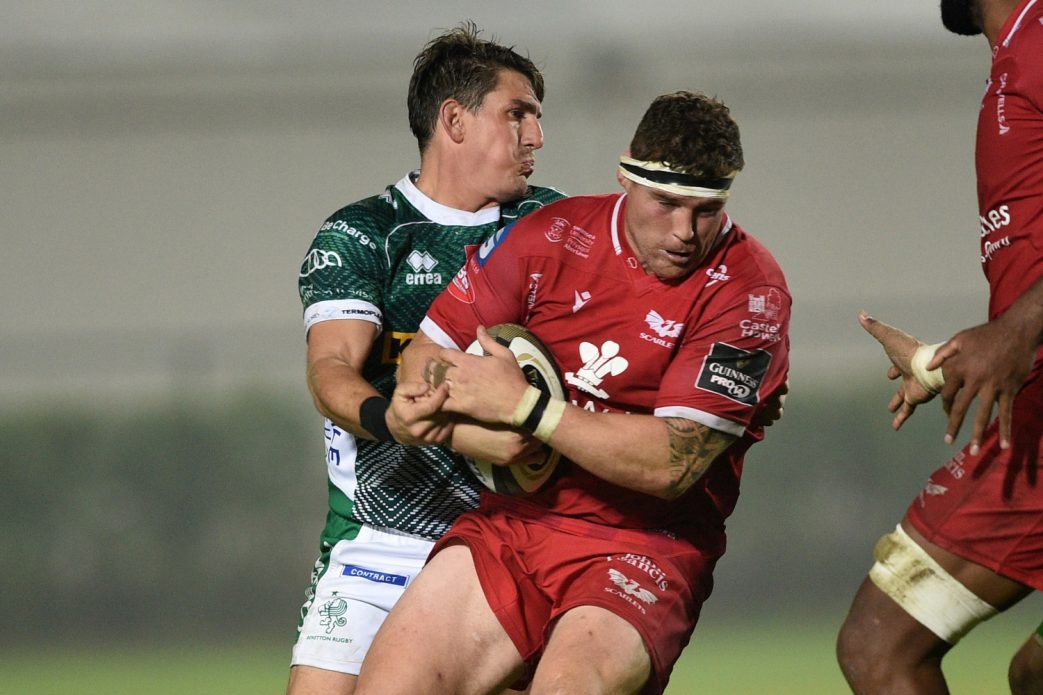 Head coach Glenn Delaney hailed the character of his Scarlets side after they held on to claim a 10-3 victory over Benetton.

A second-half try from replacement Paul Asquith proved decisive in an attritional contest at the Stadio Monigo, with 14-man Scarlets having to withstand late pressure on their own line to secure a first win of the Guinness PRO14 campaign.

“It was a massive effort,” said Glenn. “It was always going to be tough in difficult conditions, the greasy ball meant it turned into a battle for field position and it was about who would make the least mistakes.

“Benetton are a well-coached, well-organised team and they played to a certain gameplan and we had to go toe to toe with them with that. It was important that we stayed in the arm wrestle.

“I thought we had a couple of chances to score if we had held onto the last pass and we took our try well in the second half.

“I am incredibly proud of the resolve and effort, particularly in those closing exchanges, it really showed the character of the group.

“Obviously, we came away with a lot to work on before next week’s game against Edinburgh. We want to be playing more heads-up rugby and trying to move the ball around, but coming to Treviso is never easy, we’ve haven’t won here since 2017 so we will take that.”

“He blew away a couple of cobwebs out there and will be better for that experience,” added Glenn. “That run he had in the first half, it was great to see him in full flight.”

Scarlets will assess a groin injury to hooker Marc Jones, who was forced off the field after just six minutes.