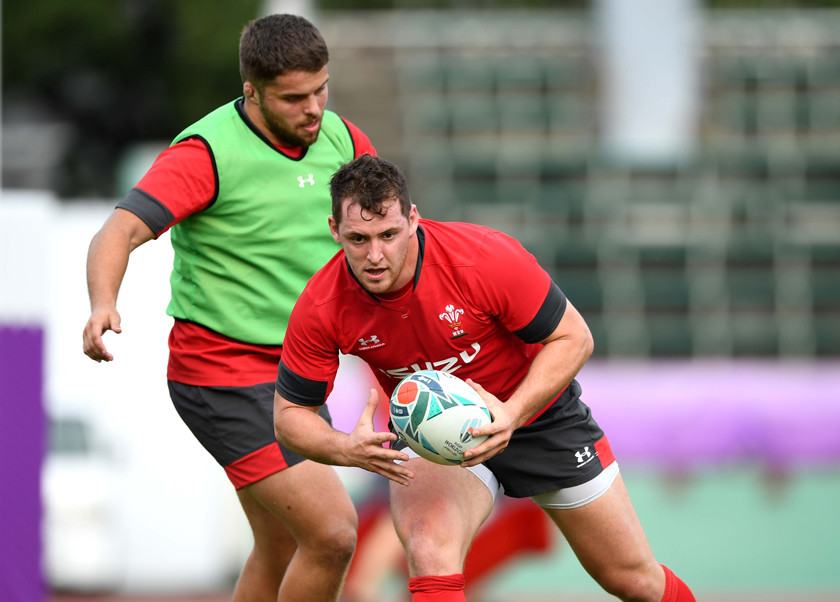 Scarlets hooker Ryan Elias will make his first appearance at a Rugby World Cup in a much-changed Wales side to face Uruguay on Sunday.

Elias is one of nine Scarlets in the match-day 23 for Wales’ final pool match of their Pool D campaign.

Wales, who currently top their pool with three wins from three games, have already secured a quarter-final berth and take on Uruguay in Kumamoto to close out their pool campaign.

They will be captained by Justin Tipuric, who will line-up alongside Shingler and Aaron Wainwright in a new-look back row.

Ospreys duo Bradley Davies and Adam Beard will pack down in the second row with Nicky Smith, Elias and Dillon Lewis named in the front row.

Aled Davies and Patchell will partner at half-back with Parkes and Owen Watkin comprising the midfield. Hallam Amos and Halfpenny come into the back-three alongside Josh Adams who claimed a World Cup hat-trick against Fiji in Wales’ last outing.

On the bench Elliot Dee, Rhys Carre and Jones provide the front row cover with Ball, Ross Moriarty and James Davies also amongst the replacements. Tomos Williams and Gareth Davies are named as the backline cover.