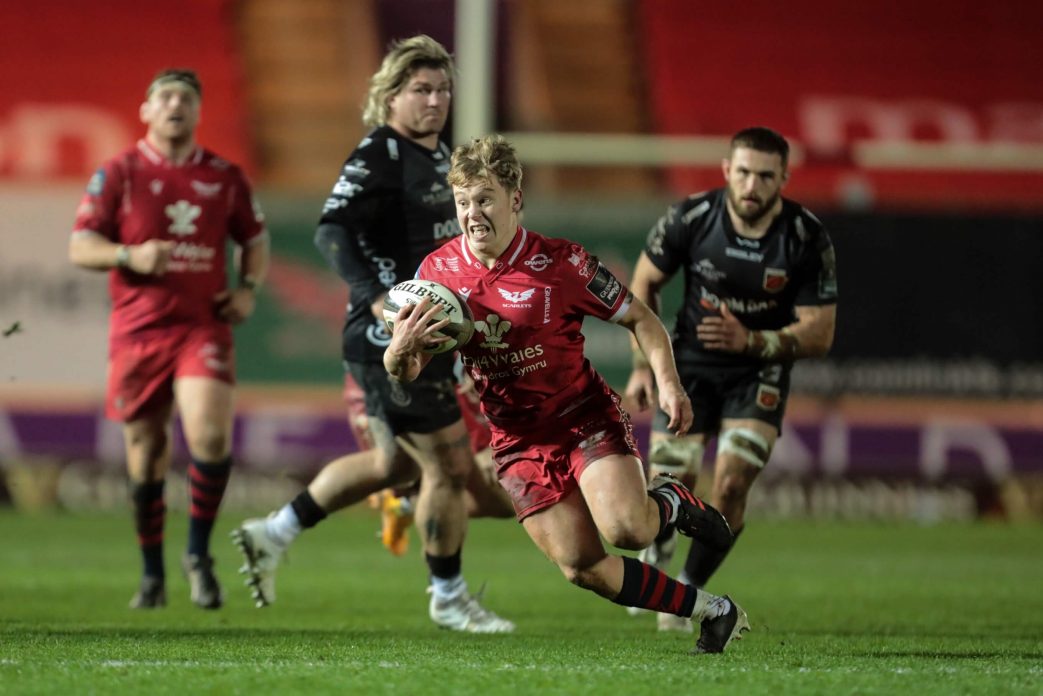 The 20-year-old is handed the No. 10 jersey for the first time in a team containing just four survivors from the loss to Cardiff Blues last time out.

One of those, Wales international Johnny McNicholl, switches from wing to full-back with Ryan Conbeer and Tom Prydie slotting into the wing spots. Tyler Morgan and skipper Steff Hughes reunite at centre, while Costelow will be partnered by Dane Blacker at half-back.

The experienced duo of Phil Price and Marc Jones join Javan Sebastian in the front row, while young talent Morgan Jones packs down alongside Sam Lousi in the second row.

Scotland international Blade Thomson continues at blindside flanker; Uzair Cassiem, who will make his 50th Scarlets appearances, replaces the injured Sione Kalamafoni at No. 8, while Dan Davis has recovered from an ankle issue to get the nod at openside.

There are five changes among the replacements with Taylor Davies, Kemsley Mathias, Carwyn Tuipulotu, Will Homer and Paul Asquith coming into the match-day squad. Tuipulotu, 19, will be the latest Academy product to make his senior PRO14 debut if he comes off the bench.

The round eight match was postponed before Christmas because of Covid-19.

Scarlets head coach Glenn Delaney said: “This game has provided an opportunity for guys who haven’t been playing these last few weeks and that is bringing new energy and excitement to the group. Our job is to make sure they are free and are able to express themselves.

“When you play Leinster you have to make sure you remain in the contest to give yourself a chance to execute. We know they are the form horse, they have been for a number of years and they have plenty of depth. It is an opportunity to have a crack at them and we are excited by it.”