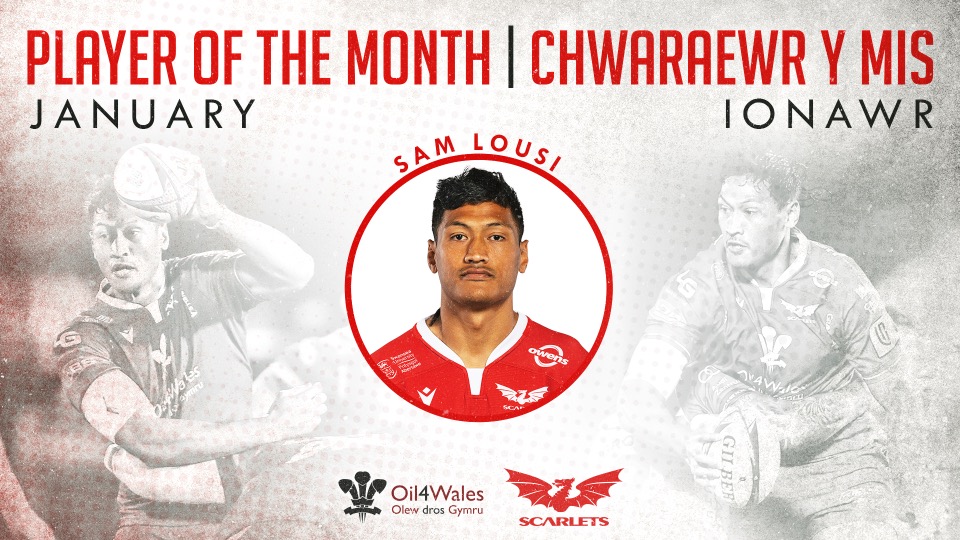 Sam Lousi has been voted your Oil 4 Wales Scarlets Supporters Player of the Month for January.

The Tongan international second row polled 43% of the public vote, seeing off the challenge of Sione Kalamafoni, Johnny McNicholl and Samson Lee.

Sam started all four matches during January, putting in an outstanding display in the New Year’s Day derby win over the Ospreys.

He follows centre Scott Williams as a monthly winner this season.

As part of the prize, Sam will donate a signed Scarlets jersey to a charity of his choice.