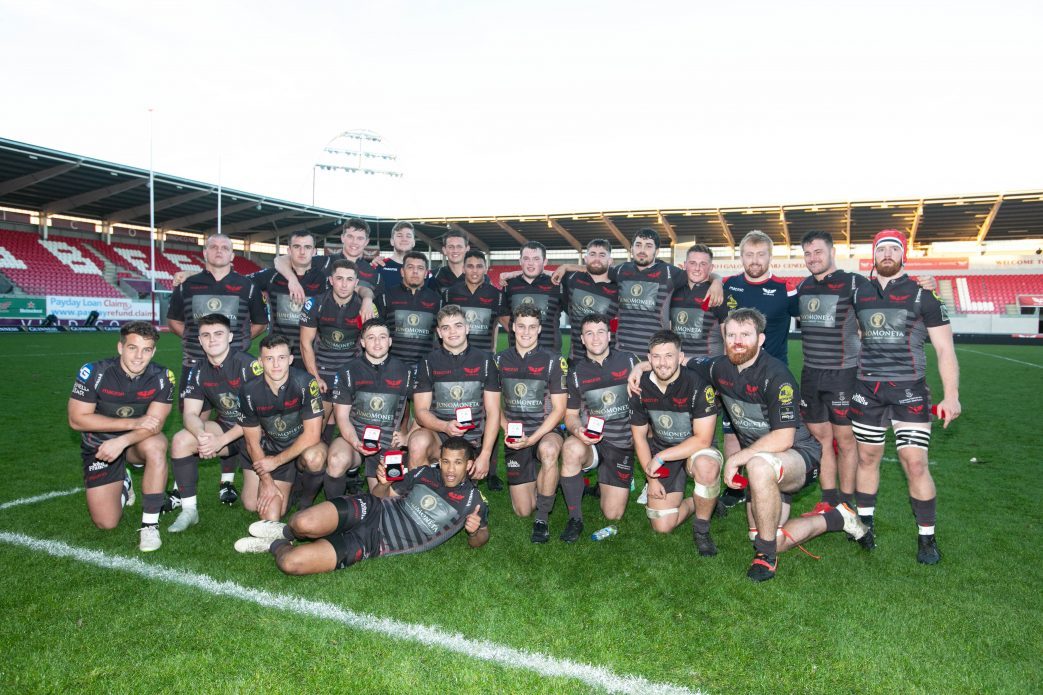 Scarlets A will kick-off their Celtic Cup campaign with a home clash against Ulster on the weekend of August 23-25.

Last year’s beaten finalists will play the opener at Llandovery’s Church Bank, the first of seven matches in the revamped development competition.

For the inaugural 2018-19 tournament there were two Conferences, split into Irish and Welsh teams. The winner of each qualified for the final, which saw Leinster edge out the Scarlets 15-8 at Parc y Scarlets,

This season, all teams will be ranked in one league and the top two teams will contest the final on Saturday, October 12. Due to there being only seven league games, four teams will play four home games and four teams (including the Scarlets) will play three home games. The other Scarlets’ home games will be at Parc y Scarlets (Ospreys) and Carmarthen (Munster).

Richard Kelly, who has recently returned from Argentina as part of the Wales U20s coaching team, will head up the Scarlets A side, assisted by Paul Fisher and Richie Pugh, who is an attached coach from Wales 7s.

Kelly (pictured above) said: “Last season’s competition was hugely beneficial in helping a number of our emerging young players make the step to the PRO14 and Champions Cup.

“There will be some new challenges for us as an A team this year with the World Cup and our senior squad contributing heavily to international squads having 17 players currently away on international duty.

“From a player development perspective this could mean a lot more of our development players having opportunities with the senior team at different times which is a really exciting prospect for us in terms of development, but also means there is potential to expose more players across our pathway in the A league competition.

“We enjoyed the tournament last season, coming up just short in the final at Parc y Scarlets against a strong Leinster side, but more importantly, we saw the likes of Dan Davis, Josh Helps and Kieran Hardy go on and play key roles for the Scarlets’ senior team.

“Hopefully we will see a similar progression from more of our developing talent this season.”

The Celtic Cup will run alongside some of the early rounds of the Indigo Group Premiership and the first round of the Specsavers Cup. It will also take place while the Rugby World Cup is being played in Japan.

The opening round of the Guinness PRO14 will be on the weekend of September 27-29, which means there will be a clash of fixtures over the last two league weekends and for the final.