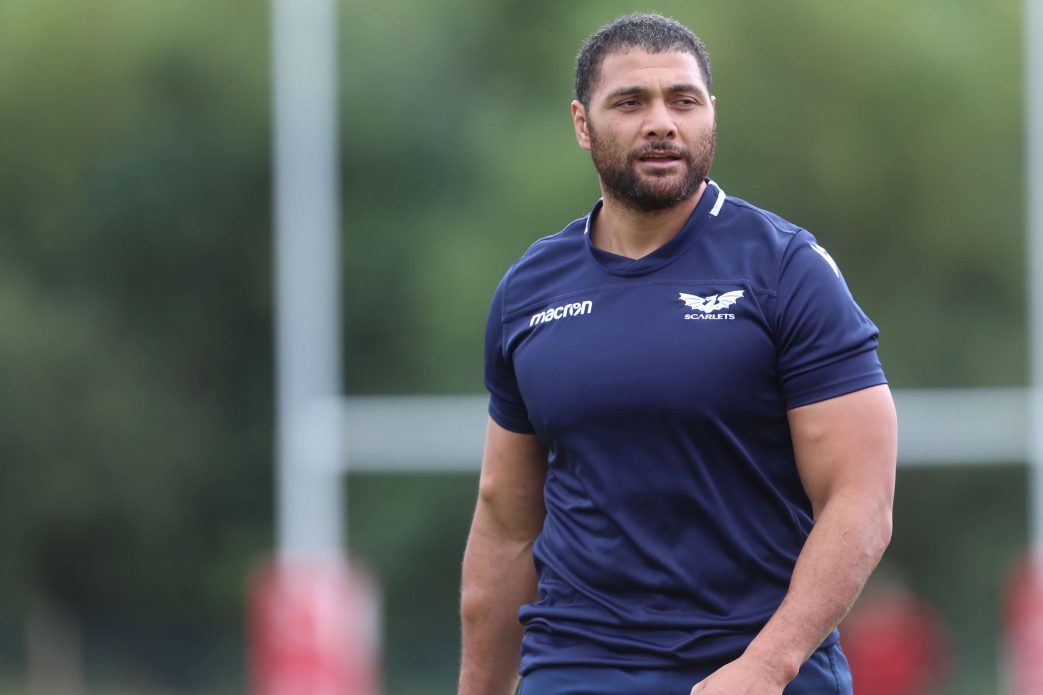 Tongan international back-rower Sione Kalamafoni has become the Scarlets’ latest signing ahead of next month’s return to rugby.

The powerful ball-carrier, who can play blindside flanker and No. 8, has joined Scarlets from Leicester Tigers.

Sione was a big favourite during his three-year spell at Welford Road and before that spent five seasons with Premiership rivals Gloucester. His first experience of English rugby had been with Nottingham when Scarlets head coach Glenn Delaney was in charge of the Championship club.

Capped 37 times by Tonga, he made his international debut 13 years ago and has featured for the islanders in three Rugby World Cups, delivering a memorable man-of-the-match display in the stunning upset over France in 2011.

The 32-year-old has won player of the season awards at Gloucester and Tigers and has been consistently one of the Premiership’s leading carriers, building a reputation for his gainline-busting ability and abrasive defence.

During his stint at Tigers, Sione made more carries (721) than any player in the Premiership. He also made the fifth most tackles. Only one other player has made more than 500 carries and 500 tackles during that time.

He said: “I am very excited by the move to West Wales with my wife Limi and my three children. Scarlets are a club that has a great history, not just in Welsh rugby but in global rugby.

“Growing up I was aware the Scarlets were a team full of Welsh stars and I am excited to be joining the current group where there is a real opportunity for the team under Glenn to go that step further.

“I have seen how well the team have played this season under Brad Mooar and hopefully the Scarlets can really kick on, get through this difficult period we are all living in right now and make an impact not only in the Pro14 but also on the European stage.”

Sione added: “Linking up again with Glenn is something I always wanted to do since the first day I met him at Nottingham. He has been such a big influence on my career. As soon as I knew there was interest from Scarlets and Glenn to join the club it was a no-brainer to link up with someone who I have a huge amount of respect for and who is an excellent coach.

“I am lucky to be joining the Scarlets from another great club in Leicester Tigers. I have really enjoyed my last three years at Leicester and wish all my friends there and the coaching team all the very best.”

Commenting on the signing of the Tongan Test star, Scarlets head coach Glenn Delaney said: “Sione is a proven performer at Premiership and international level and will bring a huge amount to our group. He will add to the high-quality pool of back-rowers at Parc y Scarlets. I’ve known Sione for a number of years and he will add to our group as much off the field as he will on it. Having watched his career since our early days together at Nottingham I know he will add a great deal to how we play the game in the west of Wales.”

Scarlets general manager Jon Daniels added: “The physicality he brings on the field is clear for all to see but during the recruitment process we have been very impressed with Sione’s desire to pass on his experiences to our exciting crop of young back-row talent. He and his family have already moved to the area and judging from the first couple of weeks he clearly can’t wait to get going in a Scarlets shirt.”