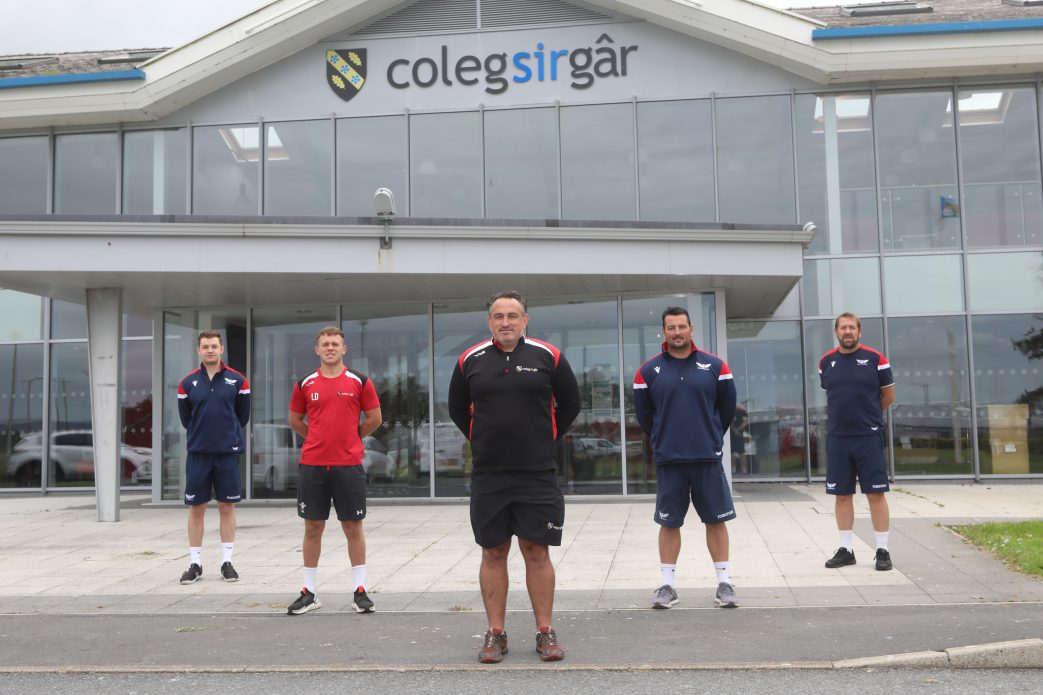 Scarlets and Coleg Sir Gâr are celebrating a 20-year anniversary of their successful rugby partnership.

The college rugby academy was launched in the summer of 2000 and its main aim was to ensure that young players received support to become players and people of quality.

Coleg Sir Gâr was the first education and training centre in its region to be given the Scarlets Academy Centre of Excellence status. The club also developed a process of accreditation for other schools and colleges in the region based on Coleg Sir Gâr’s model.

Wales 7s captain Luke Treharne is also a former Scarlets academy player who received straight A grades at college and progressed to become a doctor alongside his rugby career.

Luke Treharne said: “Having played rugby and studied around the world, I still look back on my time at Coleg Sir Gâr as some of my happiest memories.

“Everything, from the experience playing rugby to the standard of teaching and the people I met along the way was fantastic.”

Today, the rugby academy recognises the importance of ensuring young players have a secondary career to support them at the end of their professional playing career.

Jon Daniels, Scarlets general manager of rugby said: “Since its inception in August 2000 the Coleg Sir Gâr and Scarlets Academy relationship has been, and still is, a blueprint which many try to emulate.

“With a focus on the holistic development of the individual, the partnership has developed numerous players and coaches who have gone on to have successful careers both in rugby and in other fields.

“For us, the partnership with Coleg Sir Gâr has been a key strategic pillar in our renowned development pathway and we hope as we enter the third decade of the partnership it will continue to go from strength to strength.”

Euros Evans, director of Coleg Sir Gâr’s rugby academy said: “Selecting future Scarlets players at the age of 16 is a very difficult task, we also work closely with the Scarlets Academy to support the players who have just missed out on Scarlets Academy selection.

“The college’s academy provides these players with the support and guidance they need to achieve their full potential.

“The latest example of this is current Welsh international Josh Adams, who was selected by the Scarlets Academy after two successful years with us.”