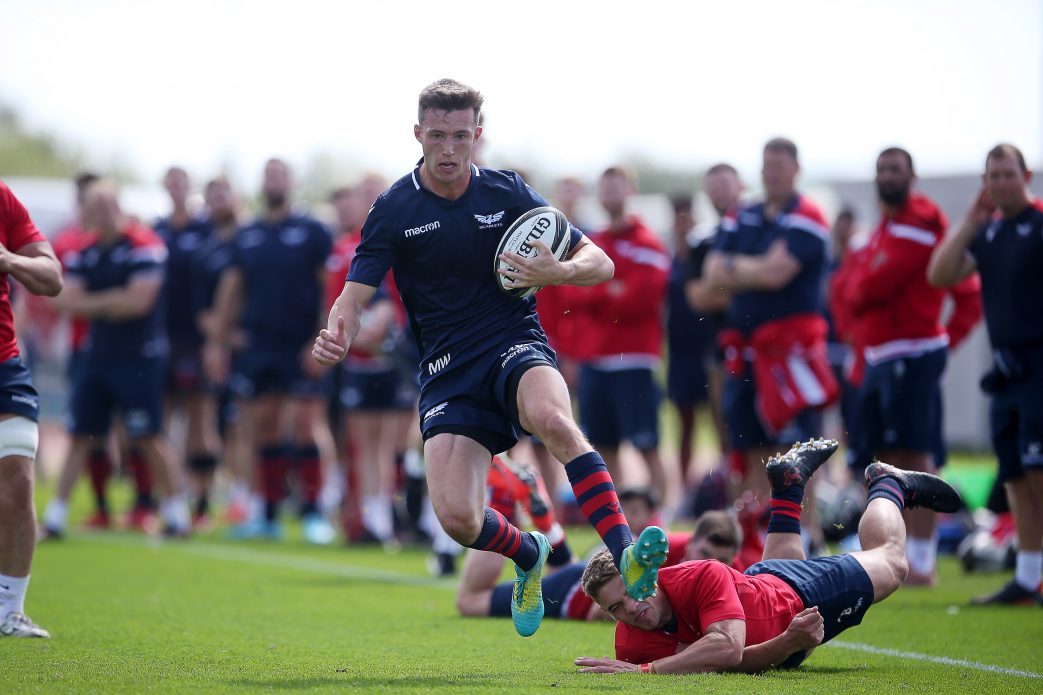 The Scarlets completed another week of pre-season training with an internal squad game at Parc y Scarlets.

Wing Morgan Williams crossed for a hat-trick of tries, while new signing Tom James and Hughes also got on the scoresheet.

“It was really important for this group of players to have this hit out,” said Mooar.

“These boys have been working extremely hard on and off the field and to go at it in match conditions is the icing on the cake for this block.

“We will have a week out of schedule where the boys will continue their physical programmes, however freshen up without being assembled.

“We will then come back together on September 2nd to prepare for Jersey and the Dragons and then onto the Connacht game here at home on September 28 to open the season.”

Some players will also be involved in the Celtic Cup over the coming weeks.

Mooar added: “In terms of the Celtic Cup we have worked hard with Kevin George (Scarlets development pathway manager) and Rich Kelly (Academy head coach) on how that team will look.

“It’s a great competition and the boys who did really well with the A team last year have kicked on and are now right in the picture with our senior team.

“A couple of boys will go into the Celtic Cup team this weekend and I’m looking forward to watching the game against Ulster in Llandovery.”