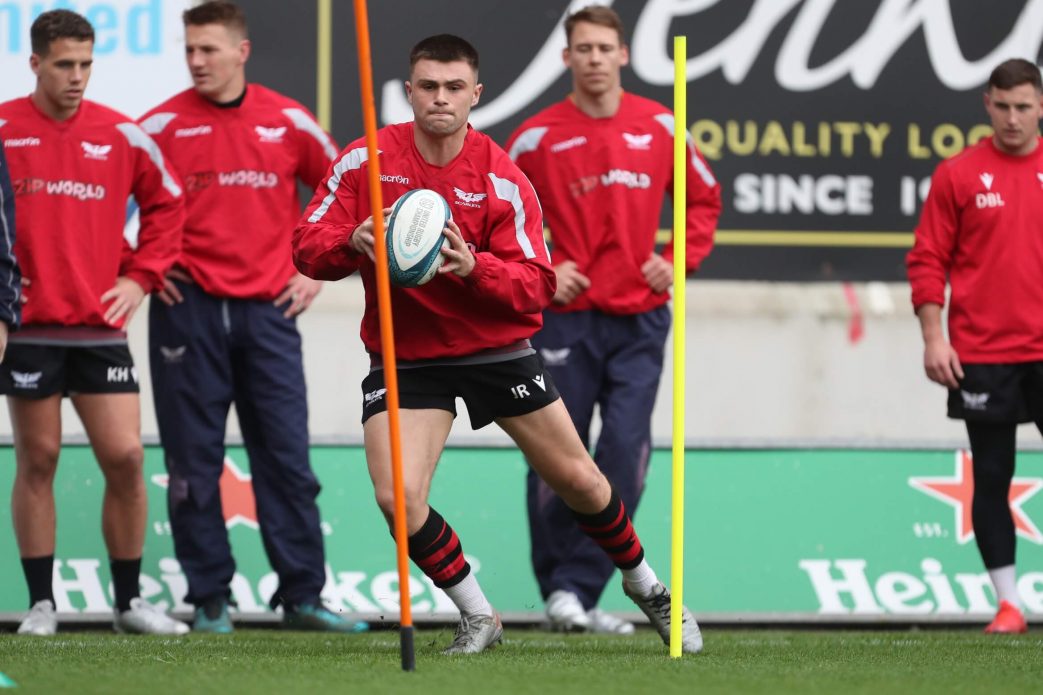 Four of those come behind the scrum as head coach Dwayne Peel reshuffles a side that has won its last three matches.

With Johnny McNicholl picking up a knee injury at the Arms Park, Liam Williams switches to full-back, Steff Evans comes in on the left wing and Corey Baldwin on the right. Ryan Conbeer is unavailable for personal reasons and Tom Rogers is ruled out with an ankle injury.

There is a change in midfield with Joe Roberts (pictured) coming in to partner skipper Jonathan Davies, who shifts to inside centre.

Wales international Kieran Hardy gets the nod at scrum-half, linking up with Sam Costelow.

Up front, Shaun Evans replaces Ryan Elias and slots in alongside Steff Thomas and Javan Sebastian in the front row.

In the second row Morgan Jones comes in for former Wales U20s team-mate Jac Price, who picked up a nasty cut to his head at the Arms Park; the wound needing 30 stitches.

Tomas Lezana returns to the back row alongside last week’s player of the match Aaron Shingler and No. 8 Sione Kalamafoni.

Daf Hughes has recovered from a shoulder issue to take his place among the replacements. Rob Evans and Blade Thomson also return to the match-day 23.

Scarlets head coach Dwayne Peel said: “I’m enjoying the week-in, week-out rugby and the boys are enjoying it as well. We know it’s going to be another difficult challenge, if you look at the history between us and the Dragons in the last couple of seasons there’s been several close games. Also, you only have to look at the quality of player they have, there’s quality through their side, with a number of players that played in this year’s Six Nations.

“We’ve spoken about wanting to finish at the top of the Welsh Shield and finish as high up in the league as possible. There’s a big challenge ahead of us on Saturday, we know the Dragons will want to come down here and climb into us.”