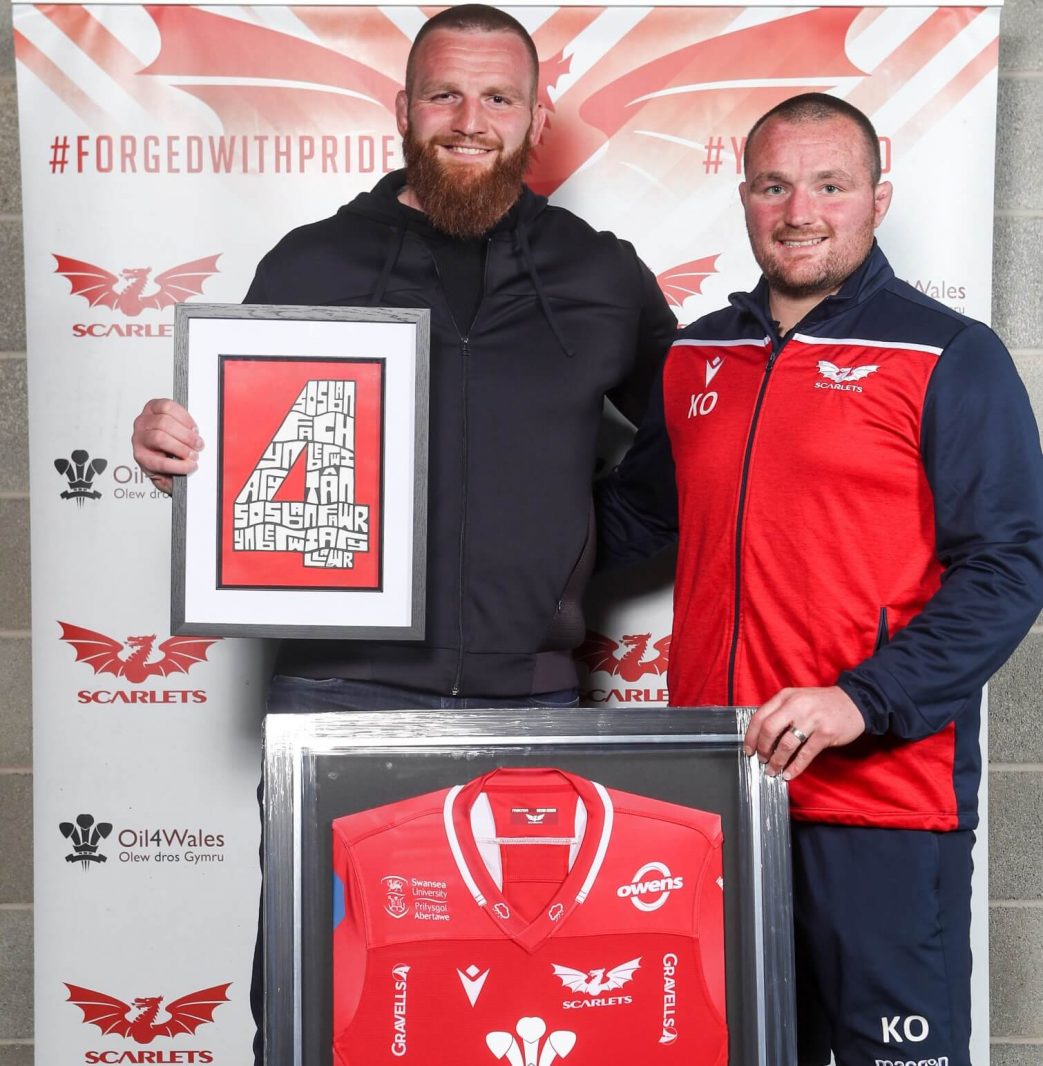 Scarlets can confirm that the following players will be leaving the club at the end of the 2020-21 season.

Normally, there would be a presentation in front of the fans on the final home match of the campaign, but unfortunately due to ongoing Covid restrictions that can’t take place.

Instead, the players had their own farewell ceremony following Saturday’s Guinness PRO14 Rainbow Cup match against Cardiff Blues.

Scarlets executive chairman Simon Muderack said: “Unfortunately, every year we have to say goodbye to players who have contributed so much to the Scarlets during their time here and I know our supporters would love to be here at Parc y Scarlets to say their own farewells and thanks in person.

“We have Werner, who is retiring after a wonderful career; Jake, Ed and Paul are heading back to Australia, while others are taking up new opportunities and we wish them all well and thank them for what they have done as Scarlets.

After 134 appearances in the second row for the Scarlets over nine seasons, the 50-cap Wales international is heading home to his family in Australia.

The Springbok tight-head prop is hanging up his boots after racking up more than a century of appearances for the Scarlets to add to the same milestone he achieved in Super Rugby and in the Currie Cup. Werner joined the Scarlets in 2016.

Paul is returning to Australia after four years with the Scarlets. The former Australia sevens player has played 79 matches, scoring 17 tries.

The Springbok No. 8 has spent three years in Llanelli, making 56 appearances for the club and endearing himself as a big fans favourite during his time in West Wales.

The Welsh-qualified Australian born prop has played 56 matches since his arrival in 2015. Dylan has been on loan with Glasgow Warriors in recent months.

The Australian-born Welsh-qualified back-rower has played 40 matches over three seasons at Parc y Scarlets. Like Paul, the 26-year-old is heading home to Australia at the end of the season.

Tom, a former Wales U20s captain, has played 27 matches for the Scarlets since making his senior debut in 2015.

The back-rower has signed a contract with the Ospreys. Jac has played 20 matches since making his debut in a European Challenge Cup tie against London Irish in 2019.

Osian, capped by Wales U20s at centre, has signed a contract with the Ospreys ahead of next season.

The back-rower has made two senior appearances since joining the Scarlets in 2019.

Signed from Jersey at the start of the season, Will has made 10 appearances during the 2020-21 campaign.

As well as the 12 players, strength and rehabilitation coach Sam Handy is also saying his farewell at the end of the season.