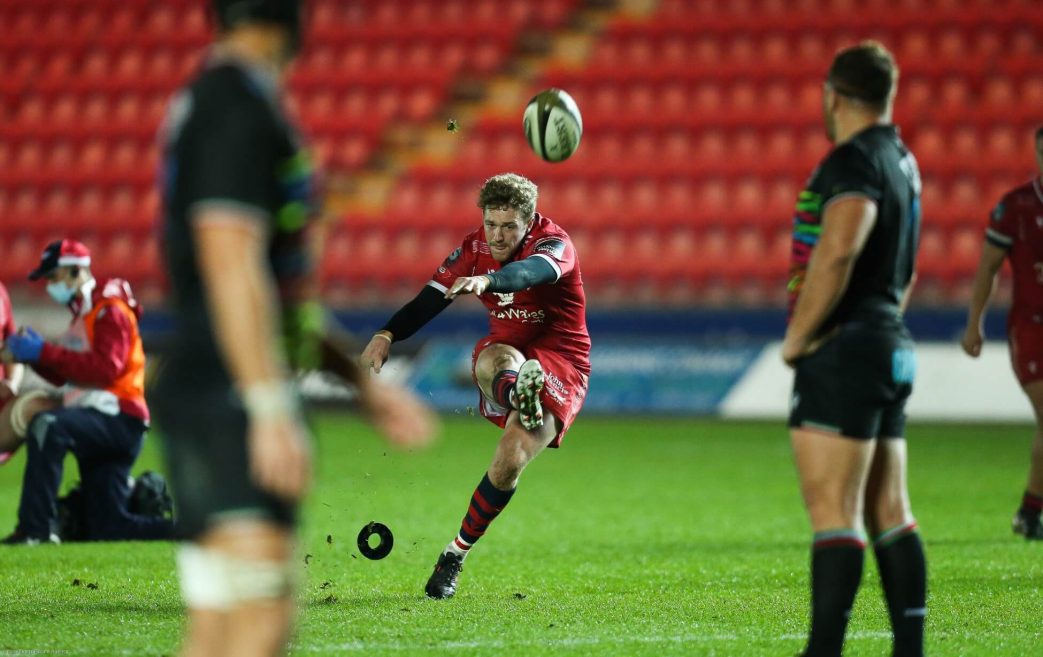 Scarlets have made two changes to their side for Sunday’s Guinness PRO14 round seven match against Ulster at the Kingspan Stadium (7.35pm).

With Johnny McNicholl called up into the Wales squad for the Autumn Nations Cup, Angus O’Brien is handed the No. 15 jersey and slots into a back three alongside Ryan Conbeer and Steff Evans.

The other change comes up front and sees Danny Drake make his first Scarlets start in the second row. Drake replaces Morgan Jones who has been identified as a close Covid contact and under public health protocols is currently isolating.

Steff Hughes captains the side from centre and continues in an unchanged midfield partnership with Paul Asquith, while Dan Jones and Dane Blacker combine again at half back.

There are a couple of changes on the bench with Jac Price and Sam Costelow coming into the match-day squad.

Scarlets forwards coach Richard Kelly said: “Last week’s win against Connacht and the intent we showed in that game set us up for a good week and there has been a good vibe in the camp.

“We now have two of the best sides in the competition (Ulster and Leinster) in the next two weeks but we are looking at that as an exciting opportunity. We know what talent we have got in the side and the reason everyone is involved at this level is that you want to play against the best. It’s an exciting couple of weeks for us.

“You look at Ulster’s performances over the last six weeks there are threats all around the field. It’s something we have been positive about this week, going there and really challenging ourselves.”