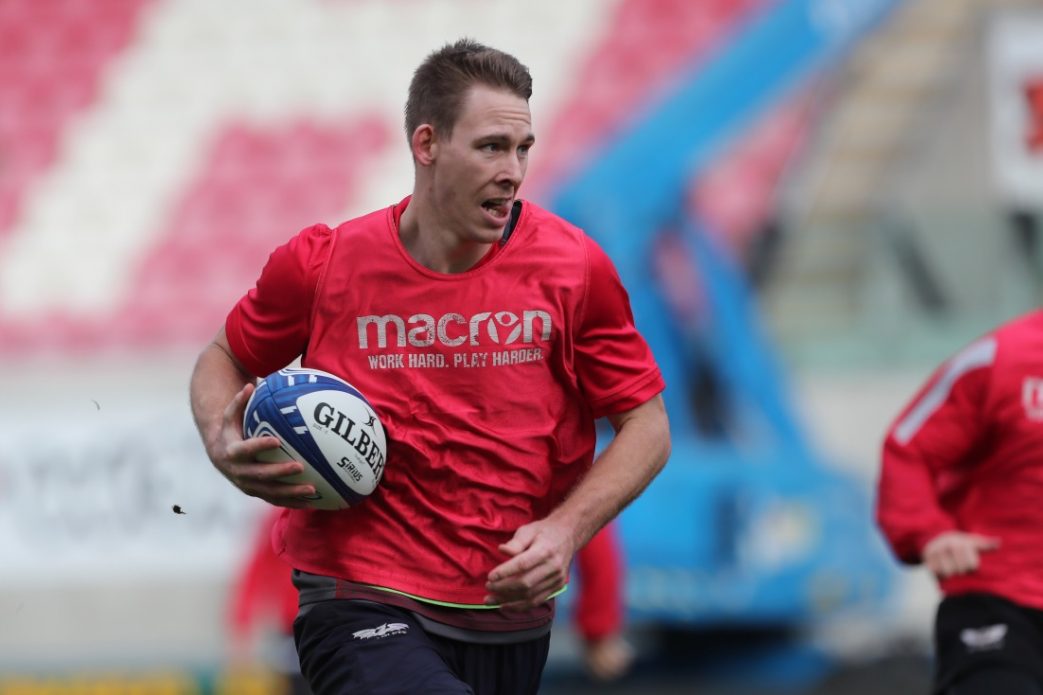 Liam Williams is back in the Scarlets side for Boxing Day’s United Rugby Championship clash with Cardiff Rugby at the Arms Park (15:00; BBC Wales).

The Wales international missed the opening block of fixtures after having his appendix removed, but after returning to action for his country during the autumn, the British & Irish Lion will pull on the Scarlets colours on Sunday.

Williams slots in at full-back in a side showing four changes from the team selected for the postponed Heineken Champions Cup tie against Bordeaux.

Johnny McNicholl and Ryan Conbeer are named on the wings. Steff Evans picked up an ankle injury in training this week.

Dan Jones starts at fly-half and links up with British & Irish Lion Gareth Davies. Sam Costelow took a knock to his shoulder in training which has ruled him out of contention.

Denied his comeback last weekend, flanker Josh Macleod is poised to make his first appearance since rupturing his Achilles in February.

Macleod is named at openside in a back row that includes Blade Thomson and Sione Kalamafoni.

Wales international Rhys Patchell is set to make his first competitive appearance since October 2020 after being named as one of the backline replacements along with Kieran Hardy and Ioan Nicholas.

Head coach Dwayne Peel said: “It’s been disappointing having four cancelled games, especially as we felt we were in a good spot before November. I’d imagine both sides will be a bit rusty to start, that’s the reality of it. The big thing for us is that we’re switched on because these derbies are big games in the context of our season and qualification for Europe. There’s a lot riding on these games.”