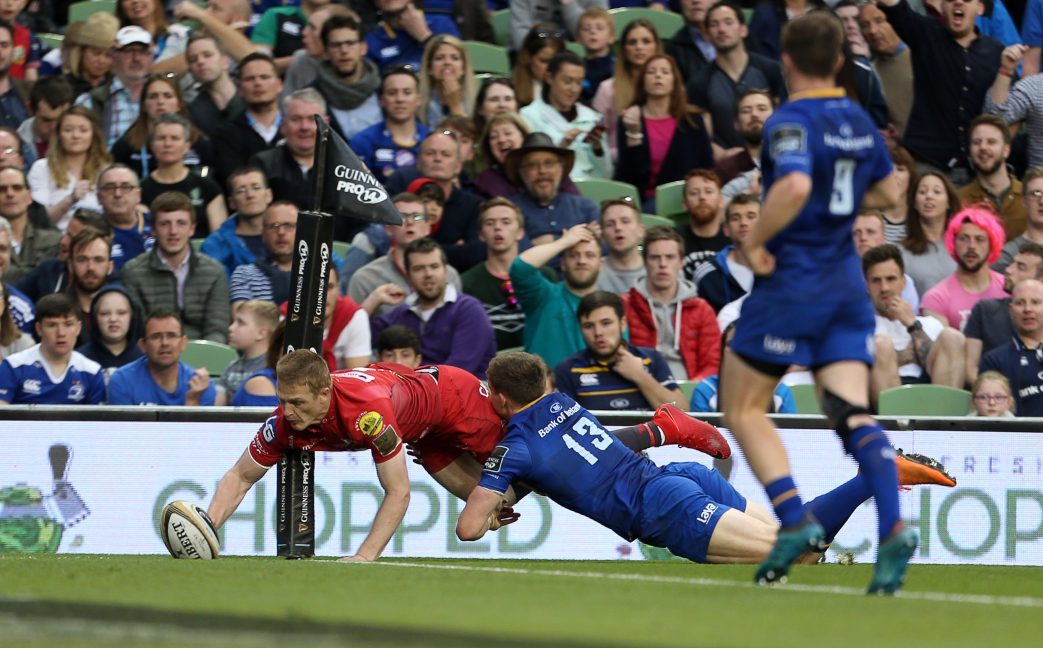 Scarlets face a thrilling challenge in the Guinness PRO14, despite it only being the championship’s second round of action.

The West Wales region will welcome champions Leinster Rugby to Parc y Scarlets on Saturday 8th September, in the first home game of the season.

Despite injury fears earlier this week Head Coach Wayne Pivac has named a strong side to take on the Irish side on Saturday night.

Five internationals, Leigh Halfpenny, Johnny McNicholl, Hadleigh Parkes, Samson Lee and Jake Ball, have been cleared fit for a return to action and will line up in the starting XV against Leinster.

Looking ahead to the opening home game of the season Pivac said; “Against Leinster physicality is required across the board. We saw that from last season, there was a gap between ourselves and Leinster in terms of the physical stakes, the boys understand that and we’ve been working hard on that.

“It’s a game we’ve looked forward to, because they are the benchmark, both in this competition and in Europe. They wiped us off the park in Dublin the first time, we played better the second time but they were still deserved winners.

“It will be a good yardstick for us. We’ve got disruption within the squad, that’s well documented in terms of injures, but they will have disruptions too.

“It’s going to be an interesting encounter and a tough game, no matter what team they bring!”