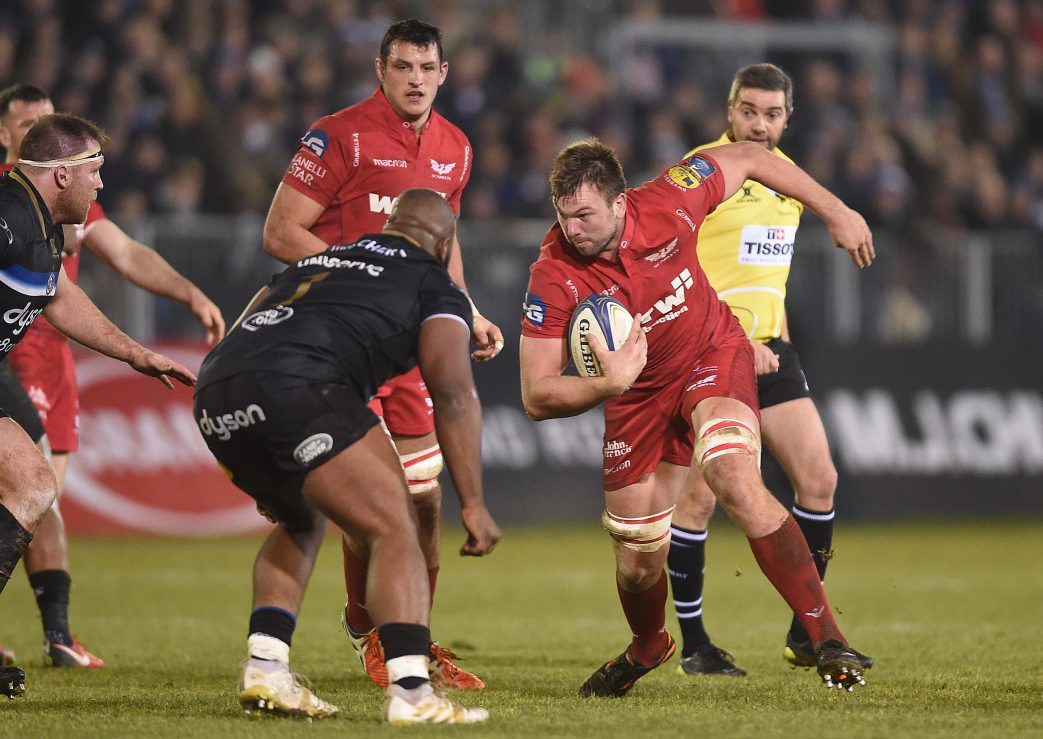 The Scarlets will welcome RC Toulon to Parc y Scarlets on Saturday afternoon in the final pool game of the 2017-18 European Rugby Champions Cup campaign.

A victory for the Scarlets would see the region make it through to the knockout stages of the coveted competition for the first time in over a decade and head coach Wayne Pivac has rewarded the side that secured such an emphatic victory over Bath last weekend by naming an unchanged XV.

With over 13,500 tickets sold already Saturday’s game will be the region’s biggest in European history at Parc y Scarlets, the record currently stands at 12,392 against Leicester Tigers back in January 2011.

In the only change to the replacements bench the region’s supporters will be delighted to see British & Irish Lion Leigh Halfpenny return to fitness.

Looking ahead to the game head coach Wayne Pivac said; “We know what to expect from Toulon, we’ve come up against each other on numerous occasions in the last few years. We need to make sure that we’re defensively on our game.

“There was only one point separating the teams in the first round of the competition this year and we gifted them some points early on from our errors. To fight back and get ourselves into a position to possibly win the game out there was very pleasing.

“I think it’s going to be another one of those games. It’s the same for both teams. Whoever gets the win is through. It’s a chance for both of us. We’re not through yet but you don’t want to be the team looking at the mathematical equation. It’s all set up for a great evening.”

The ticket office is open until 7pm this evening and will re-open at 9am tomorrow morning. Get them before it’s too late!