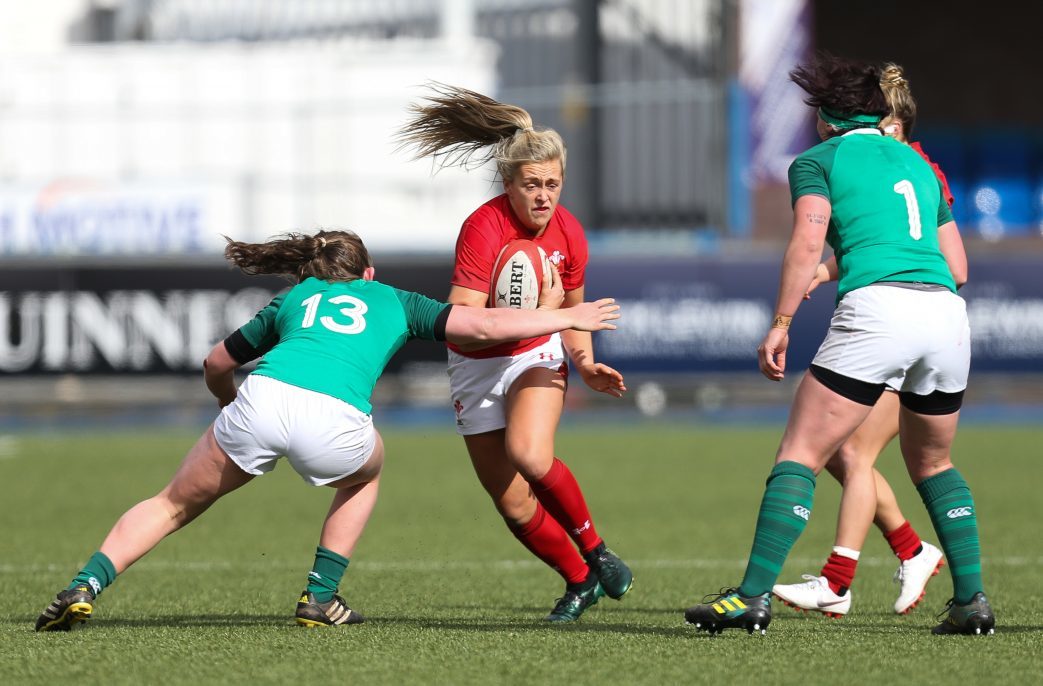 Four Scarlets players will be heading to Amsterdam this weekend as Wales Womens sevens team continue their preparations for Rugby Europe.

Alisha Butchers, Hannah Jones (pictured), Alex Callender and Lleucu George are part of an experienced squad of 13 that will compete in the Amsterdam 7s.

Wales need to finish in the top eight at the end of this summer’s France and Ukraine tournaments to qualify for the World Series qualifier next April.

A further training camp in Spain around the Madrid 7s will complete the Rugby Europe preparations.

“Our training has been really varied and with a mix of young talent and some old heads, the squad feels fresh ahead of the main tournaments,” said squad member Keira Bevan.

“We were all given individual training programmes to get our conditioning and strength back up to speed and enable us to compete with the top teams on the circuit and the short training camps have mixed things up and tested us in different ways ahead of Rugby Europe. After missing out on international sevens last season after injury, I’m really enjoying being back involved.

“The Amsterdam 7s will be the first competitive tournament for us as a group so we are looking forward to testing ourselves against some of the best teams on the invitational circuit. Hopefully this weekend and the Madrid 7s will get us match fit ahead of the Paris leg of Rugby Europe next month.”