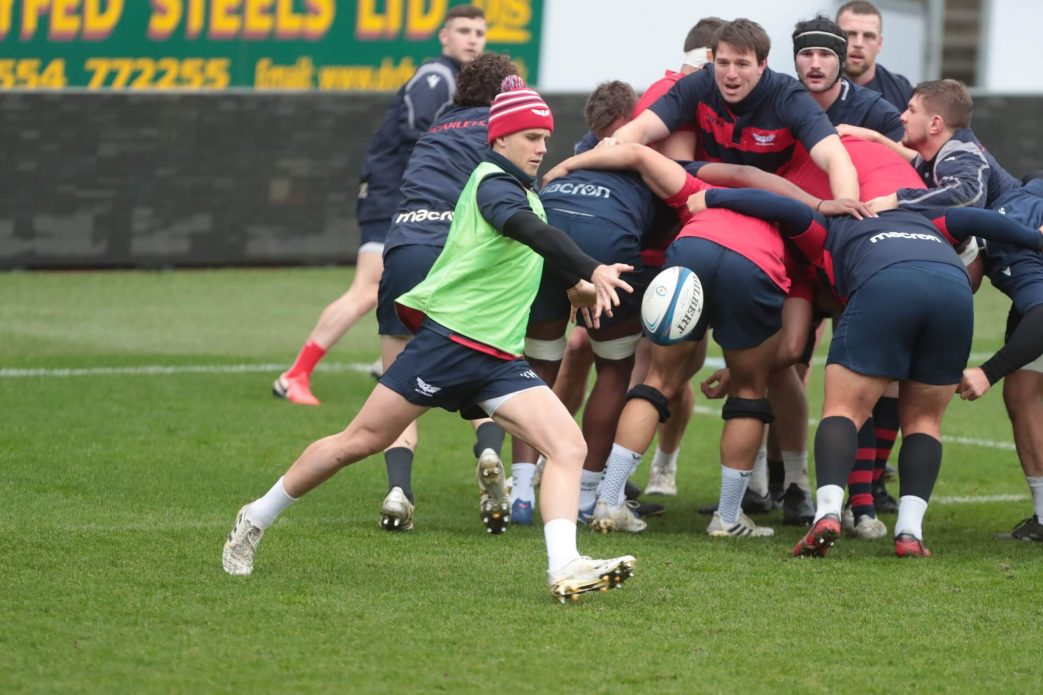 Wales and British & Irish Lions centre Jonathan Davies returns to the starting XV as one of 10 changes to the Scarlets side to take on RC Toulon at Parc y Scarlets on Friday evening (17:30; BT Sport).

Davies is named in his favoured No. 13 jersey as the Scarlets look to make it two wins from two in this season’s Heineken Champions Cup.

Wales international Johnny McNicholl is recalled after recovering from a rib injury and joins Leigh Halfpenny and Tom Rogers in the back three. Rogers, who will make his European debut, comes in for Steff Evans, who has been suffering from a stomach bug.

Up front, Javan Sebastian replaces Samson Lee at tight-head prop. Lee is undergoing HIA return-to-play protocols, along with lock Jake Ball, after both players picked up knocks during last weekend’s win over Bath.

There is a new-look second row partnership of Morgan Jones and Tevita Ratuva, while the back-row changes en bloc.

Jac Morgan suffered knee ligament damage against Bath and is set to be sidelined for between eight and 12 weeks. He is replaced in the number seven jersey by Josh Macleod.

Ed Kennedy and Uzair Cassiem come into the back row alongside Macleod, who makes his first start since early October.

New South African signing Pieter Scholtz is included in the match-day squad for the first time and provides front row cover along with Marc Jones and 21-year-old loose-head prop Kemsley Mathias, who is poised to make his Scarlets competitive debut if he comes off the bench. Iestyn Rees, who could make his senior debut, and Dan Davis make up the rest of the forward replacements, while Gareth Davies, Angus O’Brien and Tyler Morgan cover the backs.

Scarlets can confirm that their weekly round of Covid-19 testing returned one positive case. As a result, a small number of close contacts were identified among the squad. All players are currently isolating according to public health guidelines and were unavailable for selection.