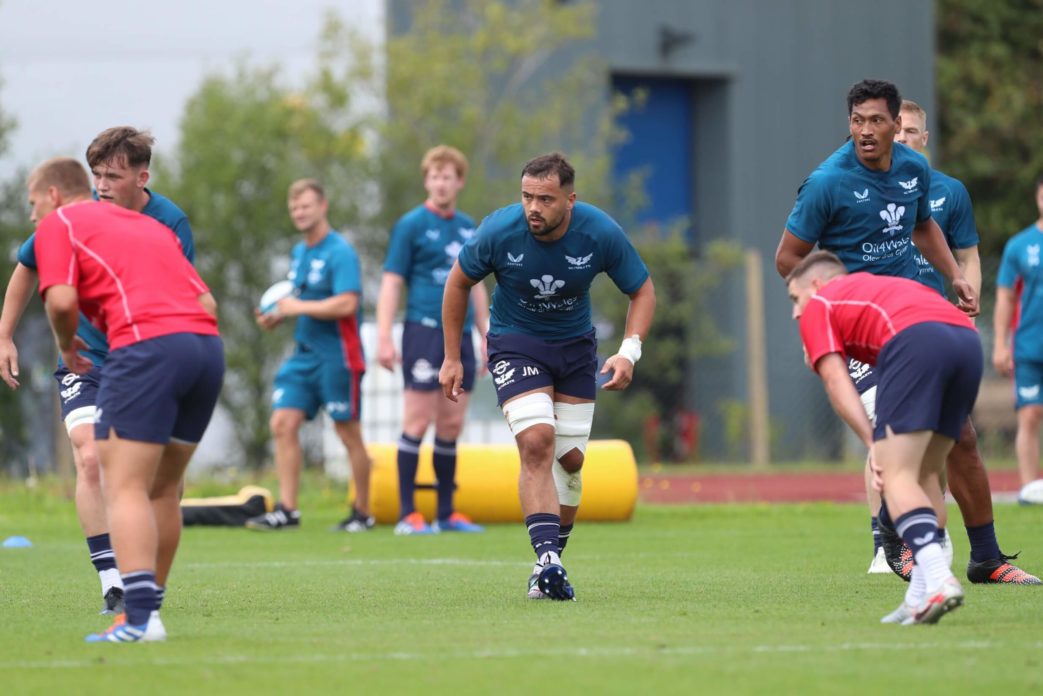 Full-back Ioan Nicholas, wing Corey Baldwin and flanker Josh Macleod come into the side as Scarlets look to build on their impressive second-half display in the 23-23 draw against the Ospreys.

Nicholas comes in at full-back for Johnny McNicholl, who is undergoing the required HIA protocols following a first-half knock last Saturday; Baldwin replaces Tom Rogers, who injured a hamstring in training this week, while Macleod wears the No. 7 jersey with Tomás Lezana ruled out with a calf issue.

Nicholas, Baldwin and Ryan Conbeer make up a talented home-grown back three.

Wales and British & Irish Lions centre Jonathan Davies again captains the side and continues his midfield partnership with Johnny Williams, while Gareth Davies and Sam Costelow are named at half-back for a second successive week.

The front five of Steff Thomas, Ryan Elias, Javan Sebastian, Vaea Fifita and Sam Lousi retain their places. In the back row Macleod slots in alongside the experienced Blade Thomson and Sione Kalamafoni.

There are three changes among the replacements with 20-year-old loose-head prop Sam O’Connor and 18-year-old back-rower Luca Giannini poised to make their URC debuts. Sam takes his place alongside older brother Harri.

Elsewhere, Rhys Patchell will make his first appearance of the campaign if he comes off the bench.

Scarlets head coach Peel said: “It’s another home game which is good for us to get that momentum. Ulster played really well and were very clinical against Connacht last weekend; their drive was a real weapon, as it has been for the last couple of years. They are a top team as they showed last season. It is a big challenge ahead of us, but we are excited about it.”