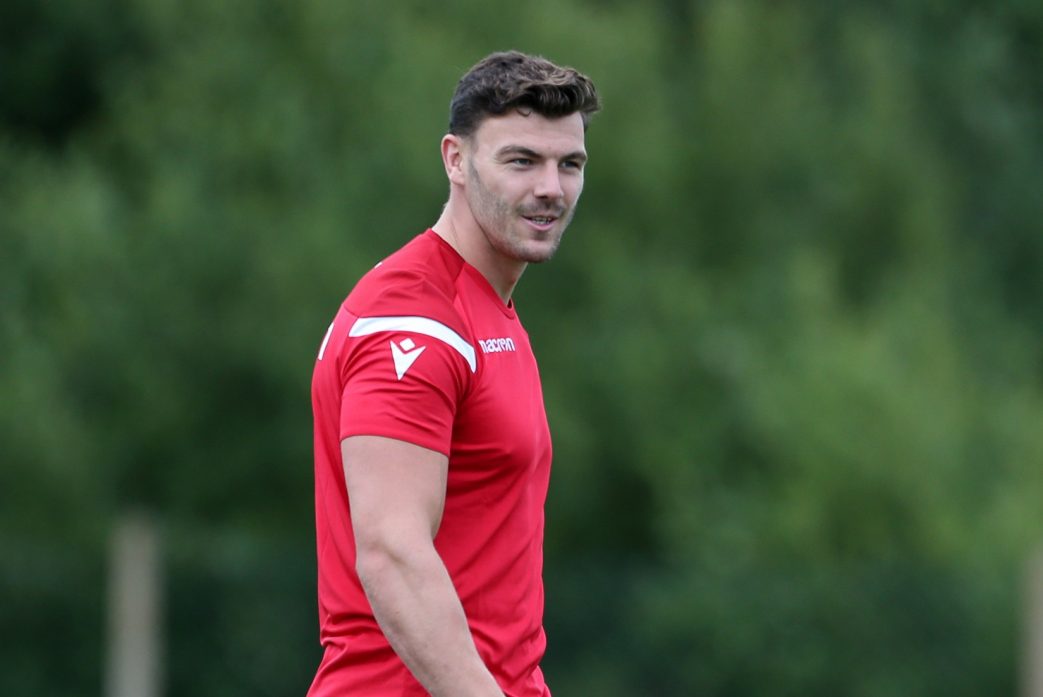 Johnny has spent the last two seasons in the north east after coming through the ranks at London Irish.

He won the Junior World Championships with England U20s in 2016 and after an impressive first campaign with the Falcons, represented the England senior team in an uncapped match against the Barbarians at Twickenham, scoring a try in the 51-43 victory.

The strong-running centre is qualified to play for Wales with his father Gareth hailing from Rhyl in North Wales and he is relishing the opportunity to play in the Welsh game.

“This is a massive opportunity for me to join a great club like the Scarlets and play in Wales,” said the 23-year-old.

“The way the Scarlets play was a big reason behind the move, they have a back division full of internationals and top-class players which will help me develop my game and improve me as a player.

“When I first came into the squad at Irish, just after finishing school, Glenn and Whiff (Richard Whiffin) were both there so it is great to work with them again.

“I enjoyed my two seasons at Newcastle and wish them well back in the Premiership, now it’s a new challenge and experience for me at the Scarlets.”

Scarlets head coach Glenn Delaney said: “Having coached Johnny at London Irish, I know how much of an exciting talent he is, he is a dynamic player with a lot to offer.

“It is a great opportunity for him and for us. He has settled in well already and we are excited to have him on board.”

The signing follows up that of Tongan international back-rower Sione Kalamafoni.

Scarlets general manager of rugby Jon Daniels said: “To our fans I would like to say thank you for your continued support and patience during these difficult times. You really are a credit to the Scarlets family and we all look forward to the day we can be reunited at Parc y Scarlets.”