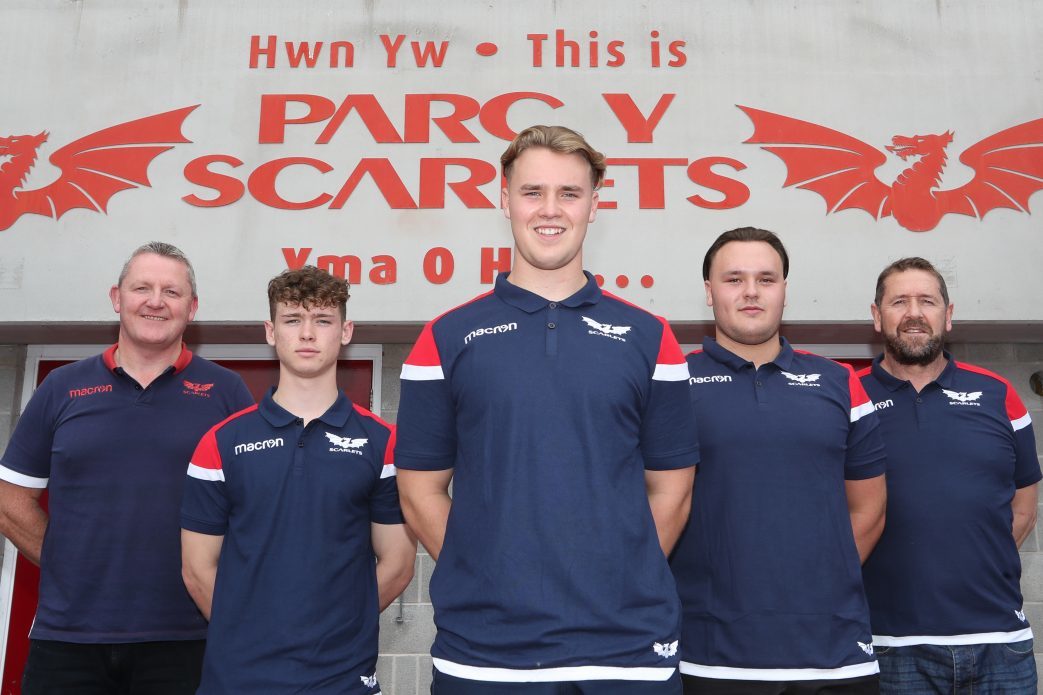 The Scarlets have added three bright young talents to their Academy for the 2019-20 season.

Brothers Sam and Harri O’Connor and scrum-half Harry Williams, who have all come through the Welsh Rugby Union’s Exiles programme, are the latest recruits looking to continue their dreams of becoming a professional rugby player.

There were also seven Scarlets representatives with Wales U20s at the recent World Championships in Argentina.

Props Sam, 17, and Harri, 18, have previously been part of the Bath Academy, but are Welsh qualified through their father, who hails from Bonymaen. They have been studying at Llandovery College and been playing for the Scarlets U18s side. Both were capped by Wales at age-grade level last season.

Harry Williams, 16, is a pupil at St Joseph’s College in Ipswich. The livewire No. 9 has been with the Northampton Saints Academy for the last three years. A lifelong Scarlets fan, his grandfather is from Pontyberem and father from Dunvant.

Scarlets development pathway manager Kevin George said: “I watched Harry play for Northampton as a 15-year-old in an under-18s game against Worcester and he was outstanding. He is very sharp, elusive and has played in our combined team and excelled in that.

“Harry will be staying in school for the next two years in Ipswich and then join us to go to Swansea Uni.

“Both Harri and Sam were in Bath academy and both went via the Exiles programme to Llandovery College. Both had very good seasons and played U18 and U19 for Wales. They are modern, mobile props which we are always looking for. One is a tight-head and one a loose-head, there is plenty of potential there.”

George added: “These three boys will not be the only ones we will be signing. Via our partners in schools and Coleg Sir Gar, Pembrokeshire College and Llandovery College, we are always looking to maintain the players we have and then enhancing our numbers with the Exiles programme.

“Morgan Jones came in to our U18s from Leicester and has been out with Wales U20s in Argentina.

“The senior players were back in training on Monday and looking around a lot of boys have come through our process, whether it be from the age of 16 or the late developer, who wasn’t quite ready at the age-grade but has pushed themselves through hard work.

“We have a late developer programme, we have the schools and colleges and our age-group programme so we try to cover all the bases.

“The Exiles programme gives us that little bit extra on top.

“If we want to compete against the best we want to be picking up the best boys and when they identify as Welsh we have to make sure we are in that race to sign them.”