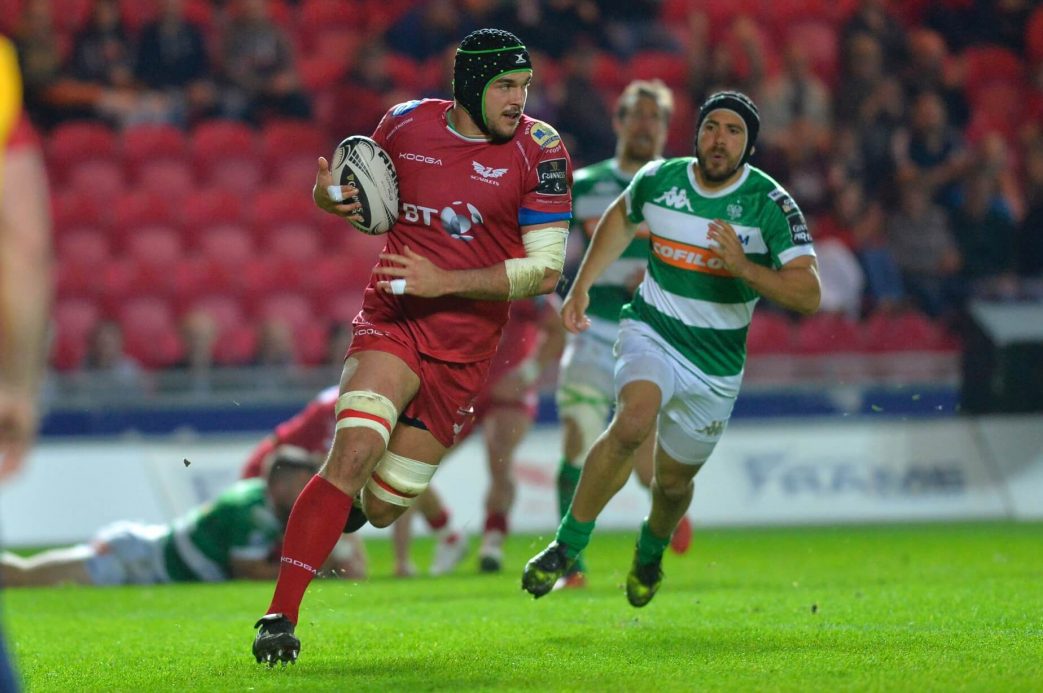 The 28-year-old Welsh-qualified lock played 56 matches for the Scarlets over four seasons between 2015 and 2019 and was a member of the squad that clinched the Guinness PRO12 title in 2017, playing 13 matches during the Championship-winning campaign.

He joined the Chiefs in 2019 and after two seasons at Sandy Park is now returning to West Wales.

Price came through the Leicester TIgers Academy and was a member of the England U20s side that won the Junior World Championships in 2013.

Tom said: “I had a great four years at Parc y Scarlets and being part of the squad that won the PRO12 title is up there as a career highlight.

“It is clear that the club is hungry to achieve more success over the coming seasons. Scarlets have a squad packed with quality players, a number of current Lions and internationals as well as some talented young players, particularly in the second row.

“It is an exciting time to be joining the club and I’m looking forward to competing for the jersey and getting stuck into pre-season in the coming weeks.”

Scarlets head coach Dwayne Peel said: “We are looking forward to Tom joining up with the group and being part of a new chapter here at the Scarlets.

“I am sure he learned a lot during his time with Exeter and he will bring a lot of experience with him as we head into the new season.”

Scarlets general manager of rugby Jon Daniels said: “Tom played a lot of games for us during our Championship season and has been part of a powerful Exeter squad that has won titles at domestic and European level. We look forward to welcoming him back to Parc y Scarlets.”

Price joins prop Will GriffJohn, back-rower Tomas Lezana and former centre Scott Williams as the new additions to the Scarlets squad for the 2021-22 campaign.

The players will start returning to pre-season training at the end of the month in readiness for the start of the new United Rugby Championship in late September.