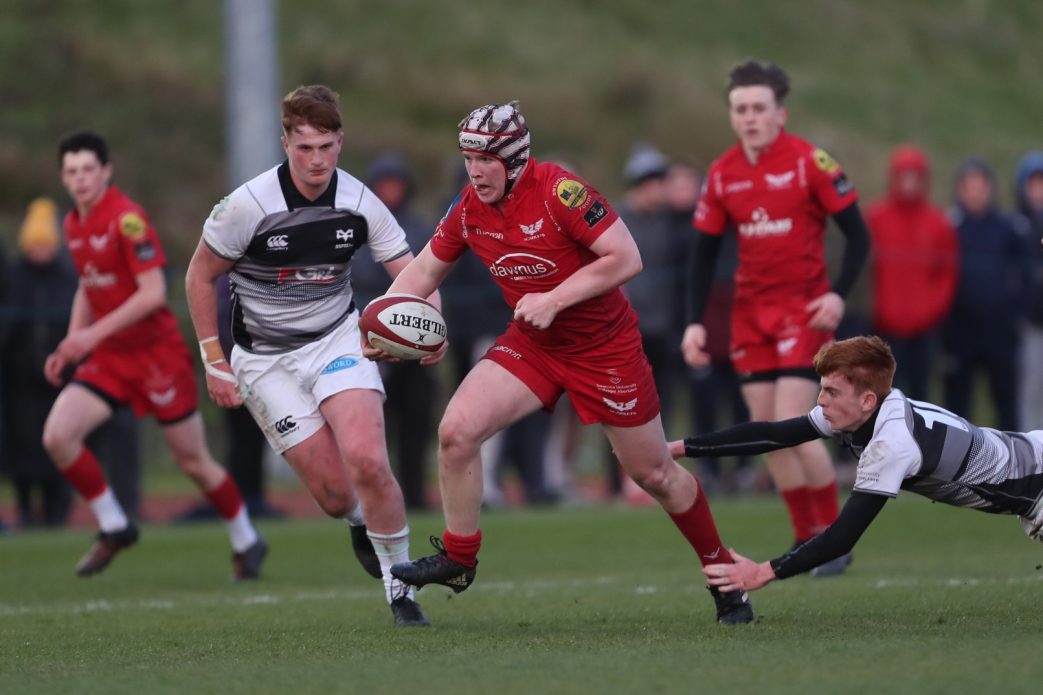 Scarlets West kicked off their WRU Regional U16s campaign with a convincing 61-7 win over the Dragons Red at Ystrad Mynach, while the East went down to a 39-24 loss to Ospreys East at Parc y Scarlets.

The West boys ran in eight tries in all with fly-half Steffan Jac Jones bagging a personal haul of 26 points.

The East side trailed 27-0 at half-time, but fought back strongly in the second half thanks to a try double from wing Caio Williams and two others from replacement Dafydd Ebsworth and wing Oliver Hawke. Full-back Owain Harri Davies landed two conversions.