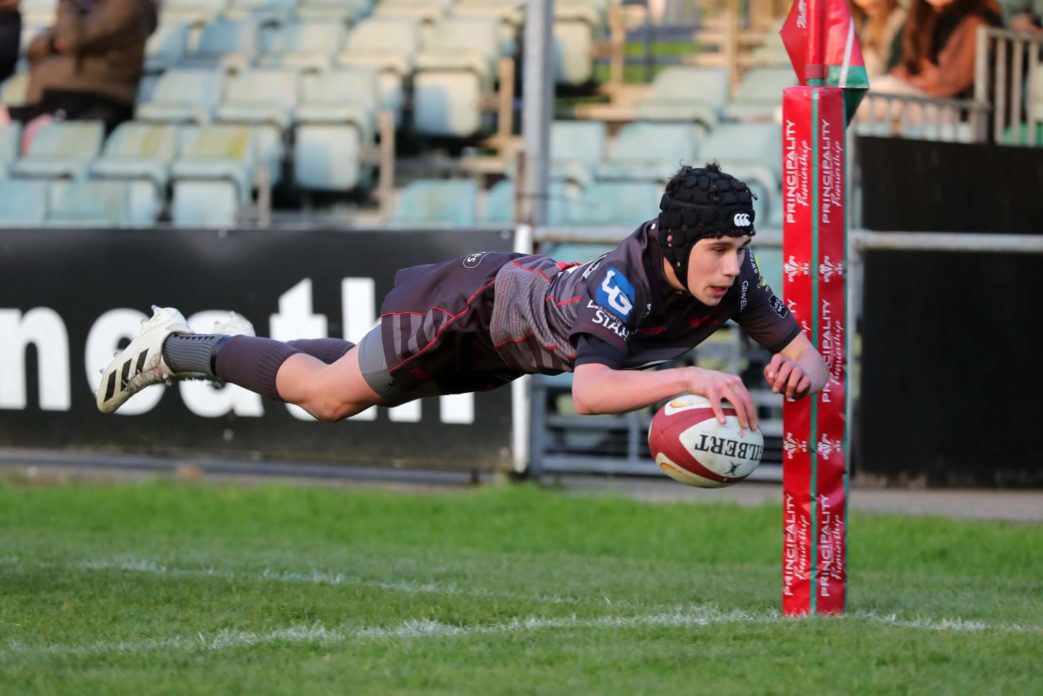 Scarlets West U16s continued their unbeaten start to the Regional Age-Grade campaign with a 38-24 win over Ospreys West at Neath RFC’s The Gnoll on Thursday night.

After victories over Dragons Red (61-7) and Dragons South (48-7), the boys from the west continued their high-scoring form with six further tries.

They led 26-7 at the break and although Ospreys came more into the contest in the second half, Scarlets were able to secure the win.

The win completes a successful week for the Academy U16s sides with Scarlets East seeing off Cardiff South at Parc y Scarlets on Wednesday night to make it a win, draw and defeat from their three matches to date.

Meanwhile, Sunday’s double header against RGC at St Clears RFC has been cancelled.