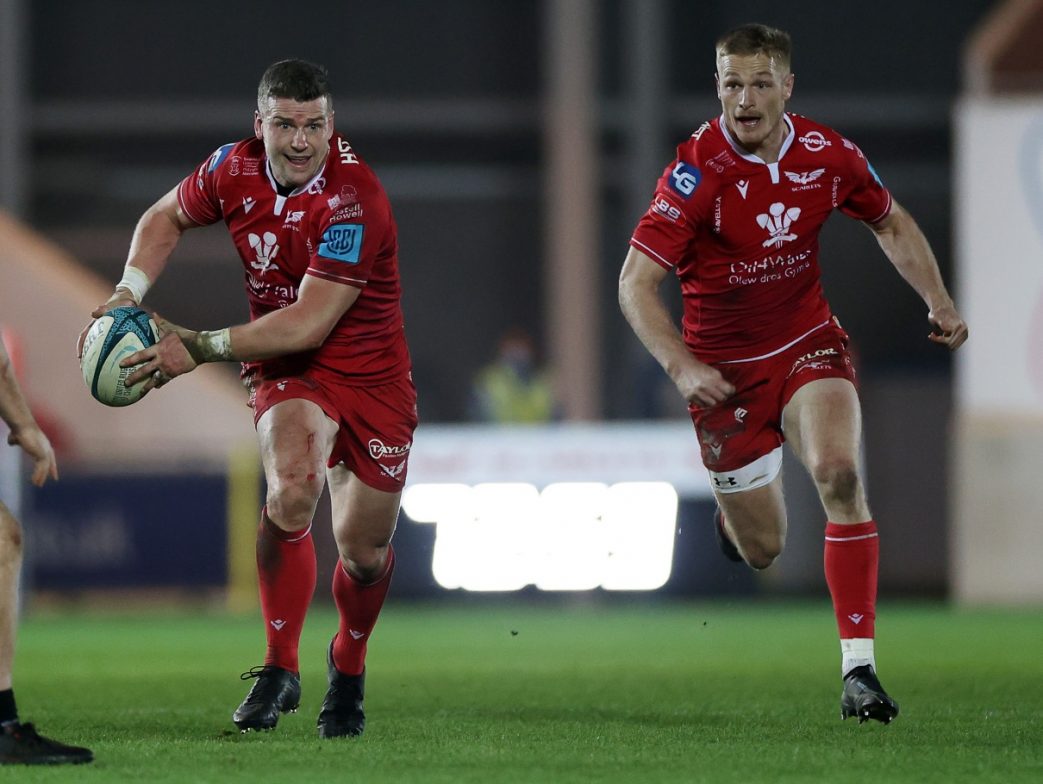 Scott Williams will make his 150th Scarlets appearance and Johnny McNicholl his 100th as the Scarlets take on Cardiff Rugby in Round 15 of the URC at Parc y Scarlets on Saturday (19:35; Premier Sports).

Williams made his Scarlets debut in 2009, while McNicholl reaches his century six years after joining the club from Super Rugby giants the Crusaders.

Both are named in a starting line-up showing four changes from the bonus-point win over Zebre Parma last weekend.

In the back three, a fit-again Tom Rogers replaces Corey Baldwin on the wing, while in midfield Johnny Williams returns to partner skipper Scott Williams.

Sam Costelow comes in at fly-half to partner Gareth Davies at half-back.

In the pack, there is just one change with Steff Thomas coming in for Kemsley Mathias at loose-head prop. He will pack down algonside Shaun Evans and Javan Sebastian in the front row.

Scarlets head coach Dwayne Peel said: “We have five derby games coming up and realistically, we need to win the majority of them if we are going to be challenging for the top eight, there is European qualification as well which we are very keen on.

“The back-to-back nature of these games against Cardiff poses a challenge in itself. It will be different, but it will be good, the boys are excited about it. It has been good to have the rest of the Welsh players back this week as well, there has been a buzz in training and everyone is looking forward to this block of Welsh derby matches.”