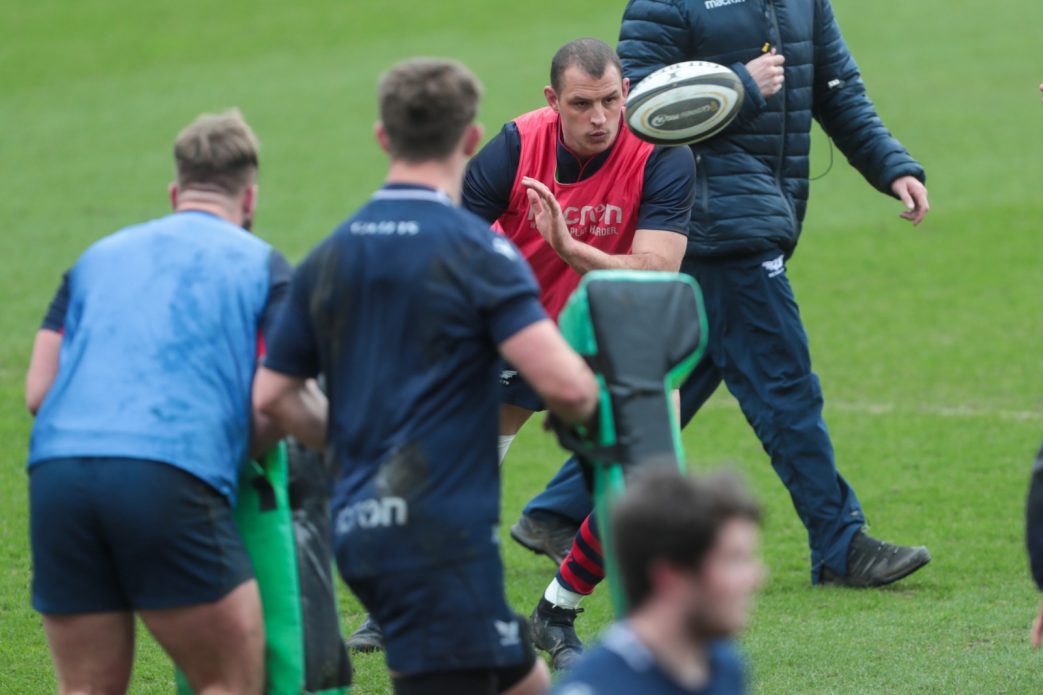 Aaron Shingler is set to make his first Scarlets appearance in more than a year in Friday’s Guinness PRO14 clash with Munster.

The Wales international back-rower has recovered from the rheumatological issue that he suffered last summer and is set to make his long-awaited comeback in the round 15 clash at Thomond Park.

“Shings is available which is great news, he has trained really well and is in the mix for selection,” said head coach Glenn Delaney.

“He has had an incredibly tough eight months or so, a very different type of injury, a medical situation and something quite atypical really. Firstly, it was about getting the right medical advice and getting the treatment to solve the problem, which we managed to do, the experts were fabulous. Then it was about getting him off the medication that was controlling it to try and wean him back so that his body started responding. The third part of it was a full reconditioning pre-season so he is actually back to being a rugby player.

“Aaron is quite straight and direct and when he is ready to go he tells you, he is pretty clear on that and he brings that no-nonsense approach to his rugby. It is great to have him back in the mix.”