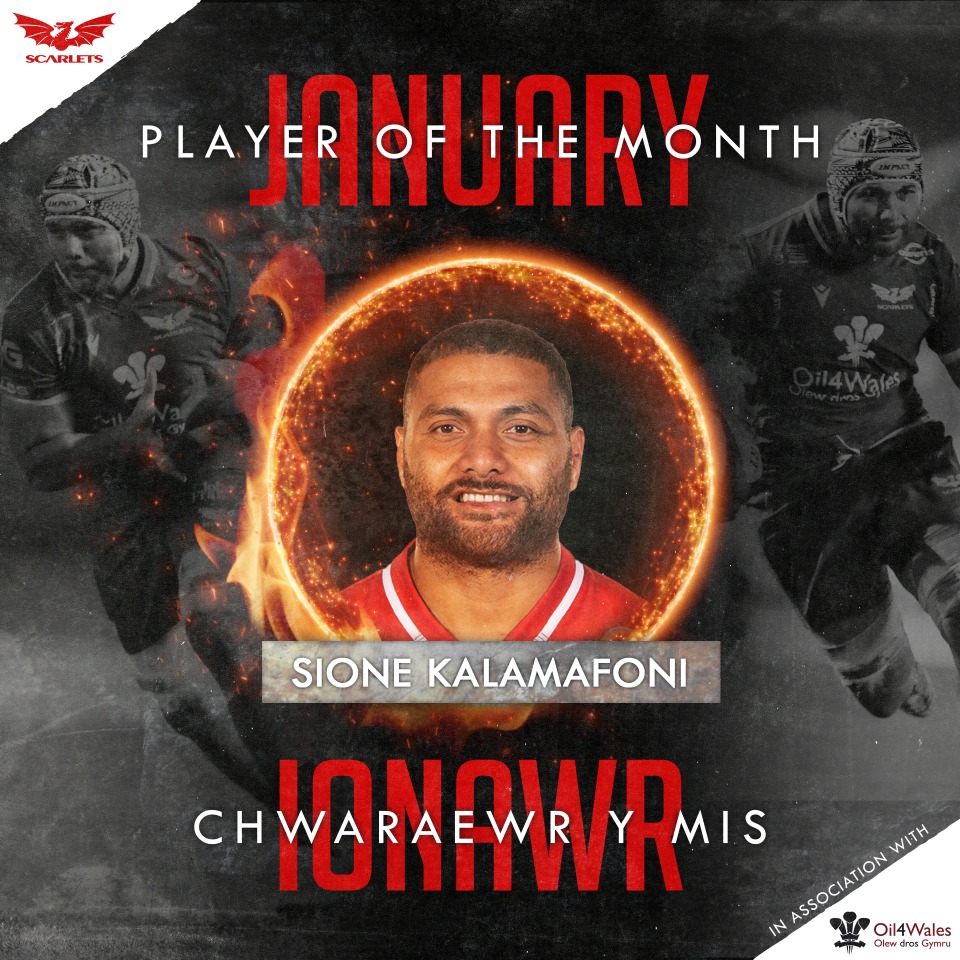 Sione Kalamafoni has been voted the Oil 4 Wales Scarlets Player of the Month for January.

The Tongan international polled 69% of the fans’ vote to see off the challenge of Blade Thomson and Sam Lousi for the award.

January was a testing month for the Scarlets with a hard-earned home win over the Dragons followed by back-to-back losses in tight contests against Cardiff Blues and a heavy defeat at the hands of defending champions Leinster.

But Sione stood out, delivering a man-of-the-match display against the Dragons and displaying his power and dynamism again with a fine solo score at the Cardiff City Stadium.

Sione is currently recovering from concussion suffered in the home loss to the Blues, but is hoping to be fit and firing for the Scarlets’ next Guinness PRO14 outing against Benetton at Parc y Scarlets on Saturday, February 20