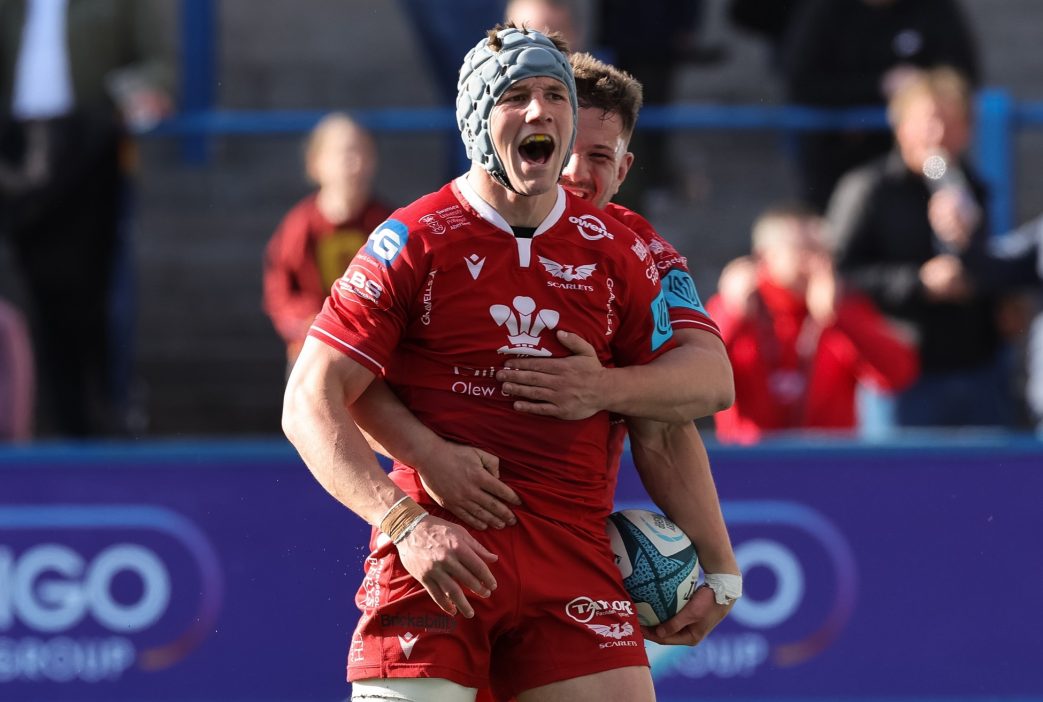 Scarlets skipper Jonathan Davies paid tribute to the forward effort that laid the platform for the Scarlets’ record 49-14 victory at the Arms Park.

The Wales and British & Irish Lions centre ran in for one of the Scarlets’ seven tries in Cardiff, but afterwards he hailed another dominant performance by the pack.

“The foundation of that win was set by the forwards, the shift they have put in over the last two weeks has been huge,” he said.

“We knew Cardiff would come with emotion, it was about weathering that storm and sticking to what worked last week.  I felt our physicality was good last week and we grew into it this week. Cardiff are a good side at home with a great record, that is a good result for us.

“Maybe in the past going down 14-0 we might have folded or allowed them in for more points, the character we showed to get that try just before half-time was massive. We probably didn’t appreciate the strength of the wind and how effective it was in the game. The boys took control and made sure we played in the right areas.”

The win has lifted Scarlets into ninth in the URC standings and within striking distance of the play-offs with four matches remaining. It also took them seven points clear of nearest rivals Ospreys in the battle to claim the Welsh Shield and secure Champions Cup qualification for next season.

Davies added: “It was frustrating at the start of the season, how things panned out. We are in a position now where we can really push on to get into the top eight, that is where we want to be playing, knockout rugby, we want to finish as the top Welsh side as well.”

Next up for the Scarlets is a home clash with the Dragons at Parc y Scarlets next Saturday.

“We have come away with 10 points from these two derbies. We have to make sure we keep working hard and not get ahead of ourselves,” said Davies.

“The talent in this group is very exciting, we come into work every day and we get challenged. The style we play is enjoyable, training is enjoyable, it is a good spot, obviously that helps when you are winning. Long may it continue.”