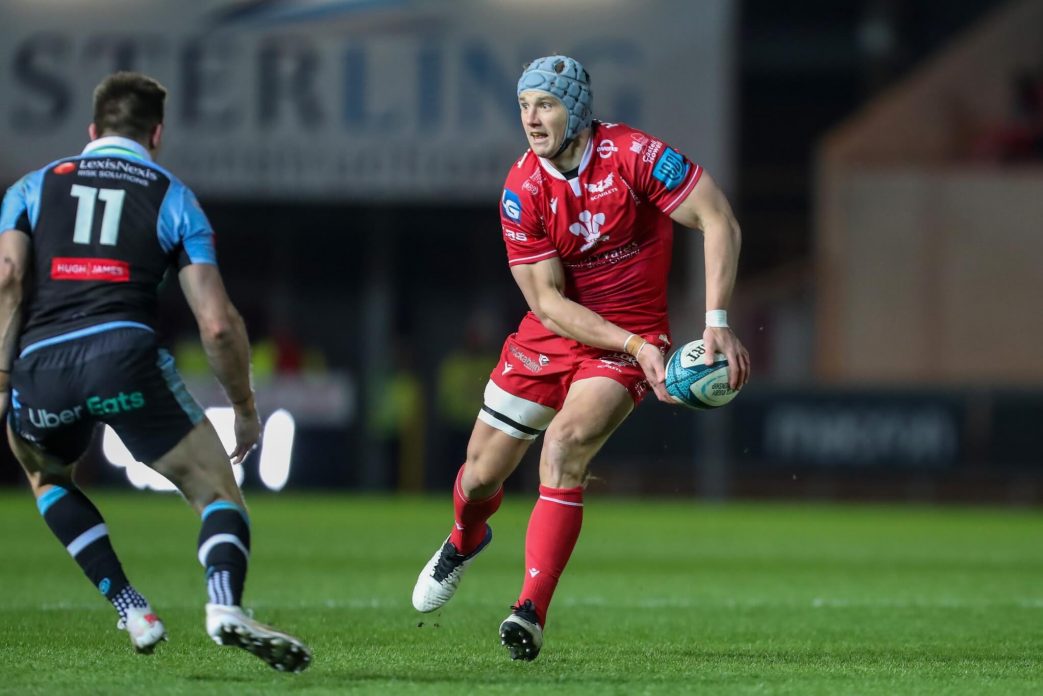 Scarlets skipper Jonathan Davies insists his side must keep on improving as they prepare to take on a wounded animal at the Arms Park on Saturday.

The West Walians head up the M4 aiming to complete the double over Cardiff and with it add further momentum to their late-season push for the URC play-offs.

Wales and British & Irish Lions centre Davies returns to the starting line-up as one of five personnel changes to the side that won 35-20 in Llanelli and recognises that it will be a different challenge this weekend.

“Last week was a good result, but what has been great is that there has been a real focus to back that up, we realise the importance of these derbies and, we are going to need a full tank again on Saturday,” he said.

“Cardiff’s home record is outstanding, they play with real confidence there. We understand what is going to be asked of us, but that’s the challenge that lies ahead and we are excited about going up there and taking on a good Cardiff team. This derby period is great – good competition, the importance of it. Hopefully we get some good crowds, these early afternoon kick-offs are great.”

With five matches remaining of the regular season, Scarlets currently top the Welsh Shield and still have a chance of sneaking into the top eight.

Davies added:  “There is still a lot of work to do, we would love to be in the mix for the top eight, but to do that we need a run of results. We have had two good results in the last couple of weeks and we want to keep improving and adding to that.

“What has been great is that the coaching staff have highlighted areas we can improve on and made sure we deliver standards we have set and built up through the year. It was a frustrating start to the season, but we have put ourselves in a position where pressure to perform does help knowing you have to get these victories and points. It is a mixture of the playing group and coaching staff not getting too ahead of themselves and I think we have a good balance at the moment.

“Personally, I feel I’m in a good spot, my body feels really good. I had a bit of time off after the Six Nations to switch off and refresh and have come back and loved every minute here. I want to do everything I can to make sure we are competing for trophies.”

“He’s made the correct decision,” said Jonathan. “Long-term health is the most important thing. It’s the cruel side of rugby, these injuries.

“I’m just glad he’s in a position where he can lead a quality of life. As a family we’re extremely proud of him. It wouldn’t have been an easy decision for him and we’re going to be there for him as best we can.

“Some of my proudest moments have come on the field with him and I’m going to miss that. I probably had a realisation after the game on Saturday that he won’t be able to experience that. It makes you realise how fortunate we are and that we shouldn’t take these things for granted.

“One thing that we always had for each other was a high standard. We didn’t need to say much but we expected the best. What he had was the ability to turn up on a Saturday and give it his all. He set a standard for us as a squad and we need to hold ourselves accountable to that standard. He was a big part of this squad.”